The Netherlands awaits the fate of Atlantis 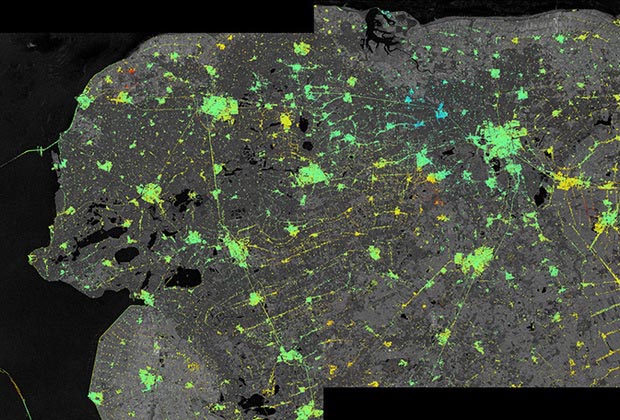 Satellites Sentinel-1A and Sentinel-1B fixed irreversible lowering of the land surface of the Netherlands relative to sea level, indicating the flooding of the country. It is reported by the European space Agency (ESA).

Mission Sentinel-1 in the period from November 2014 to April 2016 spent about 2.5 million measurements. These data were required to map changes in the North-East of the Netherlands. Most of the measurements were made in the area of the dikes that protect the country from floods, and large buildings. The accuracy of the measurements is a few millimeters (in ESA say that in a few years she will be one millimeter).

As evident in the map presented, some areas of the world, especially the Western coast of the IJsselmeer, East of the city of Groningen, fall down relative to sea level at a speed of 20 millimeters per year. In these regions the extraction of gas, and probable subsidence sushi might be related to her. A similar correlation of scientists discovered in the region of the settlement of the Wends to the North of Groningen, where there are salt deposits.

Dutch scientists and politicians have repeatedly stated the importance of the satellites Sentinel-1 for countries that allow you to monitor and support adopted in the Kingdom safety standards.

The apparatus of the Sentinel-1 function in the framework of the Copernicus project. The customer is the European Commission, one of the parties of the contract — ESA. The Copernicus project is aimed at obtaining operational status information from land, oceans and atmosphere of the Earth. These data, as noted, will play a crucial role in determining policy in the sphere of environmental protection and security. Launch satellites from Kourou in French Guiana was carried out by the company Arianespace, the Russian carrier rocket “Soyuz-ST-A”.