“The next 30 years are going to be cold,” says climate scientist 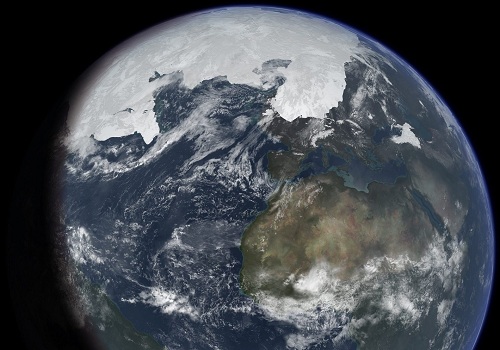 Dr. Willie Sun has prepared a new paper in which he tried to determine the behavior of the sun over the next 100 years. To do this, he first studied the Sun’s behavior over the past 400 years and then extrapolated this cyclical behavior a century or so into the future.

This decline in activity that we are in now began in 2008 and is expected to last until 2050, Dr. Sun continued.

The next 3 decades will be “a very interesting time to be alive because we have another 30 years of potential cooling.”

Sun hopes the IPCC will be honest and not be tempted to manipulate its data-as Sun has personally caught and demonstrated to them in the past. The IPCC graphs show only linear warming, Sun explains, while the raw thermometer data shows a clear ebb and flow of cooling and warming cyclically.

“It shows that they manipulated the data,” Dr. Sun says.

“Ultimately, it’s about the truth, not whether my predictions come true or not.

We need to keep a close eye on not only the thermometer data used by the IPCC, Sun stresses, but also the data we get from the Sun.

“It’s going to be a very interesting thing for the IPCC.”

Dr. Sun is adamant that the demonization of CO2 is all hype, a scare tactic.

He says that sunlight is the key factor when it comes to the Earth’s climate.

“That’s why we say the entire climate system runs (99+%) on solar energy.”

Sea level rise is another stupidity.

“If you really look closely at this issue, sea level has risen about 4 inches in the last 100 years,” Sun says.

“And these people say it’s going to rise 300 to 400 inches – that’s what they’re suggesting to scare people.”

Dr. Sun admits he has a hard time understanding the purpose of all these lies.

“Fear and control is my humble guess. They may also be one of the cogs in the mechanism of the ‘great reset.

Dr. Willie Sun concludes the interview with one important conclusion.

“We’re going to have a lot more problems if the planet cools down than if it warms up,” he says.

It’s easier to cool ourselves in warmer times, Dr. Sun explains — Bill Gates’ experiment with chalk dust in the atmosphere is one pretty dangerous option — but we simply don’t have the energy to warm ourselves if it gets colder, at least on a global scale.

The sun is our source of energy, and if the level of that energy drops, it will be almost impossible for us humans to replicate it.

An ice age, even a small one like the Maunder Minimum (1645-1715), will create problems that are much harder to solve than those of a warming climate, Sun explains.

Throughout ecological time, life and biodiversity have thrived during warming periods and struggled during prolonged cold spells.

For us humans, Sun sees nuclear power as the only solution.

“There’s a race in that sense. Humanity is always in some kind of race.”

But for some inexplicable reason, nuclear power is not seen as an option in climate alarmist circles, an illogical position that again points to an agenda at play here rather than honest forces looking for a solution to a real problem.

Nuclear energy has the potential to “solve” the AGW (Anthropogenic Global Warming) problem, as well as prevent many of the problems associated with the Little Ice Age.

And yet it is being abandoned.

The deception is clearer than ever.

“If you want to face a serious problem, worry about the ice age, never worry about global warming.”