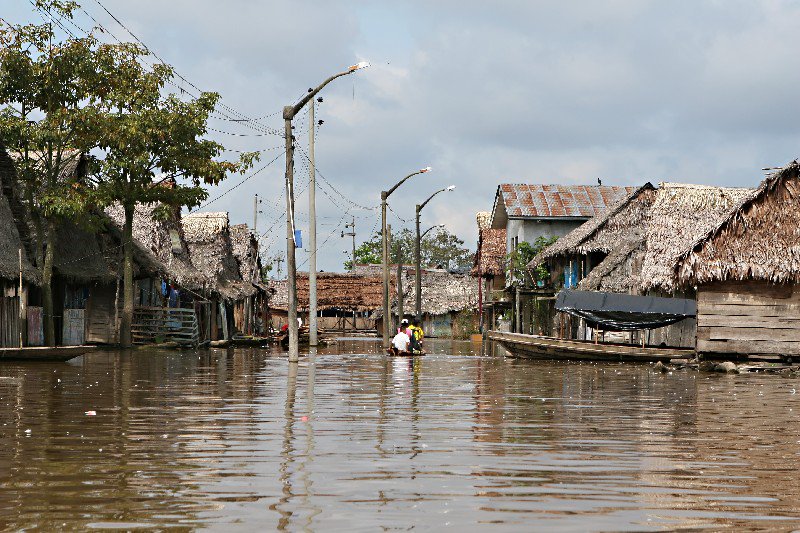 At least 15 people died in Ecuador as a result of heavy rains and floods that have been going on in this country for several weeks. Corresponding data was published on Saturday by the local newspaper El Comercio.

Referring to the report submitted by President Rafael Correa, the publication also reported that 123 residential houses were destroyed as a result of the impact of the disaster. Floods and landslides caused damage to six thousand Ecuadorian families. 276 people are housed in temporary shelters, more than a thousand – lost their homes, but temporarily moved to their relatives’ homes. The most affected were provinces such as Manabi, Guayas, Napo, El Oro and Los Rios.

As press attache of the Russian embassy in Ecuador Nikita Kuznetsov told TASS correspondent, none of the Russians applied to the diplomatic mission for help in connection with the natural disaster.

In the neighboring state of Peru, which also suffered greatly from prolonged rains and floods caused by them, the death toll, according to recent data, has reached 72 people. 572 thousand inhabitants of this South American country were affected by the impact of the impact of the elements.

According to experts, the strongest rains in Ecuador and Peru in the last decade are caused by the climatic phenomenon of El Niño. It represents a warm current that causes an increase in the temperature of the surface layer of water in the equatorial part of the Pacific Ocean. This phenomenon affects the direction of the winds, and also causes heavy rains in South America, which in turn lead to floods and landslides. Traditionally, Peru and Ecuador suffer from the consequences of El Niño more than other countries.