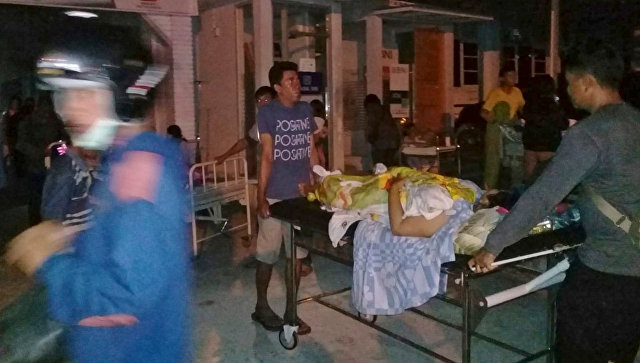 The death toll after a series of earthquakes and tsunamis that hit the Indonesian island of Sulawesi on Friday increased to 48 people, another 356 were affected, reports Xinhua news agency referring to the disaster management agency.

According to a spokesman for the emergency agency Sutopo Purvo Nugroho, the authorities managed to count the wounded and dead only in the city of Palu, the provincial capital of Central Sulawesi.

“Accordingly, the number of dead and injured, as well as destruction, is likely to grow,” – said the representative of the department.

On Friday morning, a 6.1-magnitude earthquake near the city of Palu happened off the coast of the island of Sulawesi, as a result one person died, 10 were injured. Later in the same area, another earthquake of magnitude 7.4 and a number of aftershocks were recorded. Then the media reported that a tsunami up to two meters high struck Palu. The authorities decided to close the airport in the capital of the province of Central Sulawesi in Indonesia until 19.20 Saturday (14.20 Moscow time).