The number of flood victims in Bangladesh 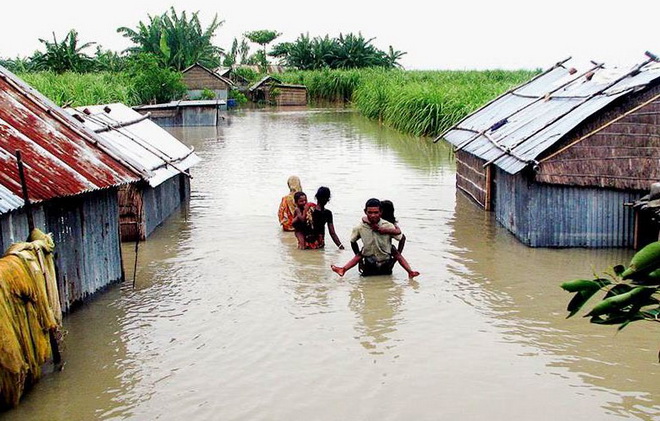 The victims of the rains that hit the Bangladeshi districts were 127 people, tens of thousands were left without a roof over their heads.

According to the Bangladesh Emergency Response Department, heavy rains hit the areas of Bangladesh, India and Nepal at the end of last week.

In Bangladesh, due to heavy rainfall, local rivers left the shores. There were floods and landslides. The northern regions of the country suffered most.

Accidents with the death of people occurred in 13 of 64 districts of the country. In total, more than three million people were affected to a greater or lesser degree by the impact of the disaster, about 500,000 Bangladeshis were evacuated to safe areas and placed at temporary shelters.