The number of flood victims in Japan is on the increase 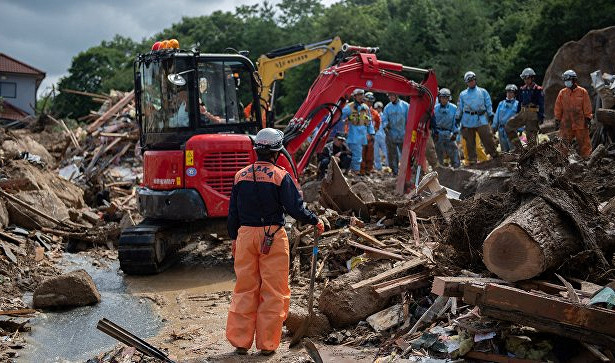 As a result of floods in the southwestern and central regions of Japan, 195 people were killed, four more are in critical condition, 23 are officially missing, but there are a few dozen others whose security and whereabouts can not yet be confirmed, general secretary of the Japanese Cabinet Yoshihide Suga.

“According to the data for this hour, 195 people were killed, 4 people were stopped in the state of cardiac arrest and lungs (officially – ed.) There were reports that it was not possible to confirm the safety and location of 42 people in the prefecture Hiroshima, besides there are 52 more such reports, but so far there is no information as to the number of people involved, “Suga cited the latest government figures at a press conference in Tokyo.

He also explained that now 73 thousand employees of the self-defense forces, the police and the fire department are now working on the disaster site (there are also functions of the rescue service in Japan), 80 helicopters are involved. The Secretary General also said that on Friday, Japanese Prime Minister Shinzo Abe will once again make a trip to the affected areas.