The number of flood victims in South Asia has exceeded 1,000 people 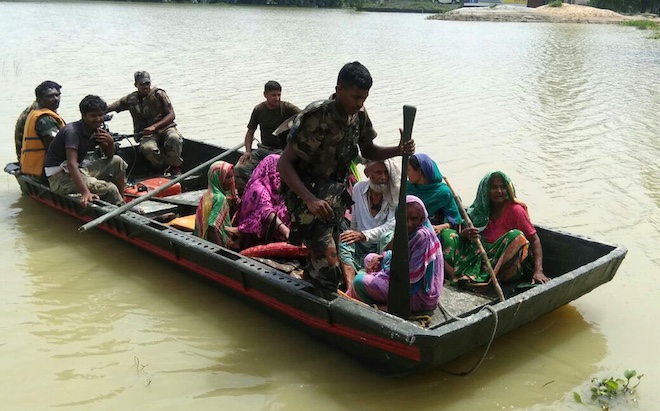 The death toll from floods in South Asia has exceeded 1,000 people. Rescue teams are trying to reach millions of victims, who are cut off from the outside world by the strongest monsoon cataclysm in recent years.

Thousands of soldiers and emergency personnel are participating in rescue operations in India, Bangladesh and Nepal, where since August 10, a total of 1009 lifeless bodies have been found.

Twenty-six bodies were found on Wednesday in Bihar, the worst affected state in eastern India. Thus, the death toll increased to 367, said Anirud Kumar, head of the Disaster Management Department of the state.

“There are still about 11 million victims in 19 districts of the state,” he said, adding that 450,000 evacuees are in government shelters.

In neighboring Uttar Pradesh, floods flooded almost half, the most populous state in India, where 220 million people live.

SP Gupta, a spokesman for the Disaster Management Service, said 82 people were killed and more than 2 million were injured. The state borders on Nepal, where 146 people died and 80,000 houses were destroyed. The UN calls the flood the worst in 15 years. 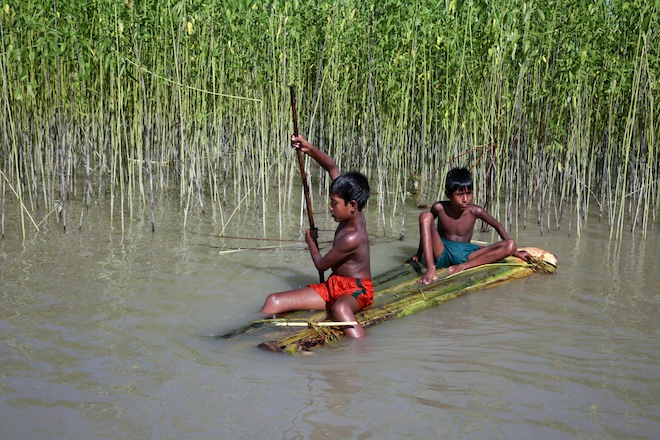 The Interior Ministry of Nepal warned that the number of victims could increase, as rescue teams reach remote corners of the impoverished mountainous country.

In the Himalayas region of northwestern India, landslides caused by heavy rainfall have claimed 54 lives. Most of the unfortunate people died when a large mud avalanche swept two buses from the mountainside.

The situation is slowly improving in the states of West Bengal and Assam in the east and northeast of India, where 223 people were killed.

Floods in Assam – already the second wave in less than 4 months – brought massive destruction, killing 71 people and a large number of local wild animals, including the Bengal tiger and 15 rare horned rhinoceroses.

In West Bengal, where 152 people were killed, hundreds of thousands fled from flooded villages on boats and temporary rafts to reach government aid stations.

In Bangladesh, the water level slowly returns to normal in the Brahmaputra and Ganges rivers. The number of victims is 137, more than 7.5 million people were affected.

Almost 350 people died in the first wave of floods, which began in mid-July in the western Indian states of Gujarat and Rajasthan and several remote northeastern states.

In recent times, anomalous floods are taking lives of people around the world.