The number of flood victims in Sri Lanka increased to 146 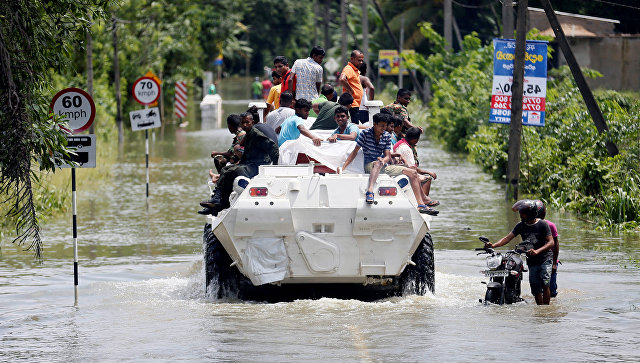 The death toll from the floods in Sri Lanka has increased to 146, 112 more are reported missing, reports AFP.

Earlier, 122 people were reported dead and 97 were missing. About 500 thousand people were forced to leave their homes because of the disaster.

According to the Center for Disaster Management, about two thousand houses are damaged or completely destroyed. It is noted that for a while the rains stopped, which allowed the authorities to deliver essential goods to people who lost all their property.

According to the authorities, the threat of floods in the areas adjacent to the Nivala River and near the capital of Colombo fell, as there were no precipitation in the last 24 hours. However, the situation in many villages south of the capital has not changed.

Sri Lanka has already appealed to the UN and the countries of South Asia for help in eliminating the consequences of the disaster. Heavy rains on the island continue for the second day.