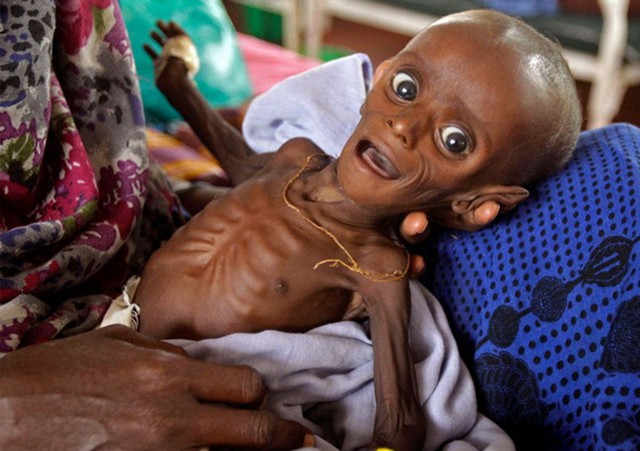 The number of hungry people has increased in the world to 815 million people, and millions of children can be at risk due to lack of adequate nutrition, according to the United Nations World Food Security and Nutrition (FAO).

In 2016, the number of hungry people on Earth increased by 38 million people, which is largely due to the increase in the number and scale of armed conflicts and natural disasters associated with climate change, notes FAO.

The highest proportion of hungry and malnourished children in the world is recorded in areas of armed conflict. “These are alarming calls that we can not ignore: by 2030 we will not be able to put an end to hunger and all forms of malnutrition, if we do not fight all factors that undermine food security and nutrition.” Building a peaceful and inclusive society is a prerequisite for achieve this goal, “FAO emphasizes.

According to FAO, in Asia, 520 million people suffer from hunger, 243 million in Africa, 42 million people in Latin America and the Caribbean. In general, 11% of the total population is starving in the world.