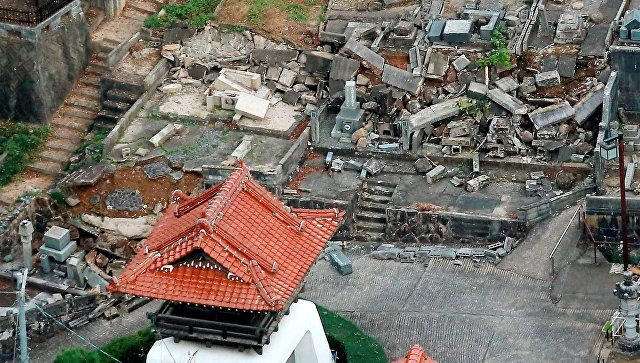 The number of victims during a strong earthquake in the west of Japan increased to 21 persons.

The earthquake measuring 6,6 occurred on Friday in the Japanese prefecture of Tottori. The center lay at a depth of 10 kilometers. Epicenter was in the center of the prefecture. On a seven-point Japanese scale the maximum force of pushes constituted 6 points. As reported by eye-witnesses, pushes were so strong that it was difficult to keep standing. Tremors were felt in 31 of 47 prefectures of Japan. After an earthquake aftershokovy pushes proceed, the maximum magnitude of one of them reached 5,0.

According to NHK TV channel, so far in the region 34 repeated earthquakes measuring over 3,5 were fixed. Meteorologists warn that aftershocks can be extended a week more.

In evacuation points there are about 2 thousand 850 people. Earlier messages on damage caused to buildings of the prefecture arrived.