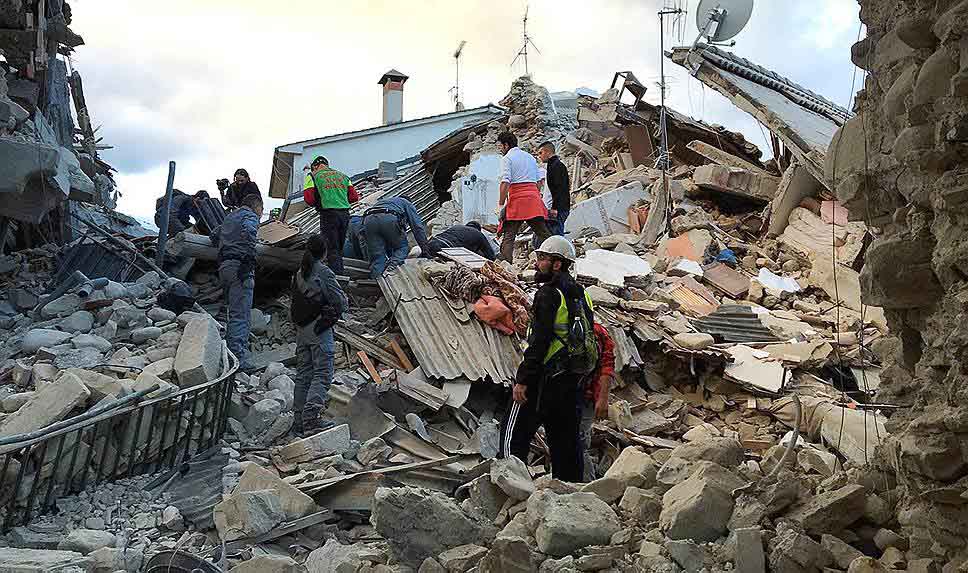 The number of victims of earthquake in Italy has reached 250 people, hundreds unaccounted for. Thousands lost their homes. The epicenter was near the town Accumuli in the province of Rieti (Metropolitan region of Lazio) at a depth of about four kilometers. According to rescuers, the earthquake had destroyed or damaged up to three-quarters of the buildings in the city.

The earthquake resulted in considerable damage in the town of Amatrice. Rescuers in this city spent the day going through the rubble, pulling out victims that the earthquake caught in a dream.

Seismologists do not exclude new tremors, comparable in strength with the first.

On Wednesday, affected the regions visited on the country’s Prime Minister Matteo Renzi. He warned that the emergency would be long, and we all need to be on top, to give the answer to this challenge.

Thursday will be a special meeting of the government of Italy, which will consider the whole complex of the problems connected with overcoming of consequences of natural disasters. According to him, in the disaster area will be introduced a state of emergency.