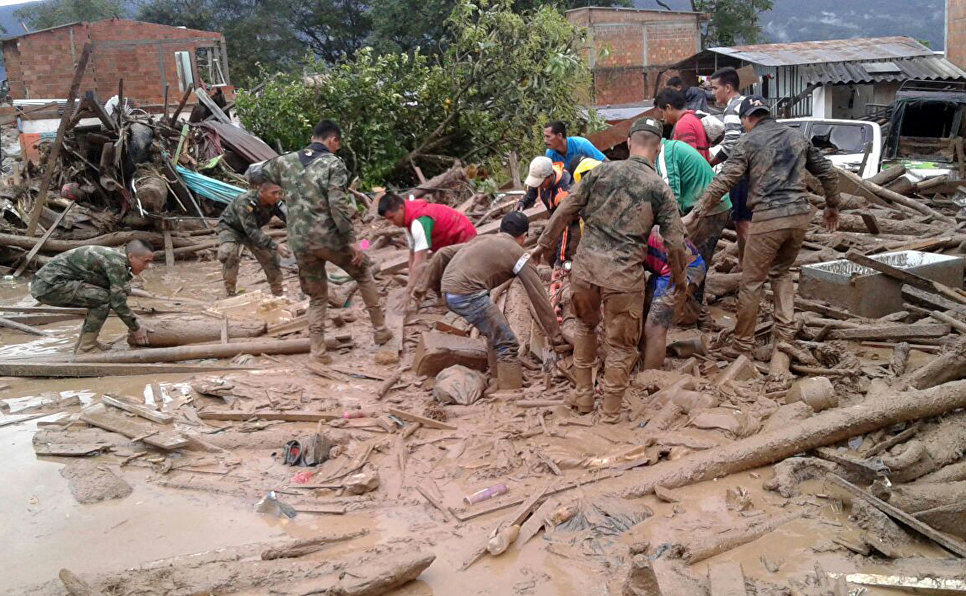 The death toll in the mudflow in the Colombian city of Mokoa on Wednesday exceeded 300 people, said the National Institute of Forensic Medicine.

Earlier it was reported about 293 dead and hundreds of wounded or missing people.

According to the department, now 301 bodies of the dead have been found. Of these, only 173 people have been identified so far.

Colombian President Juan Manuel Santos, in turn, noted that the total number of missing persons was estimated at more than 450 people. “As of the morning (Wednesday), 467 people were reported missing, 153 people were found, 119 were alive, but unfortunately 34 were killed,” NTN24 channel quotes Santos.

On the night of April 1, the banks of the Mokoa, Sangoyako and Mulatos rivers that left the banks after the torrential rains caused a mudflow to the city of Mokoa. The city was badly damaged, its streets were filled with streams of mud and huge boulders, water supply, supply of electricity and gas were disrupted.