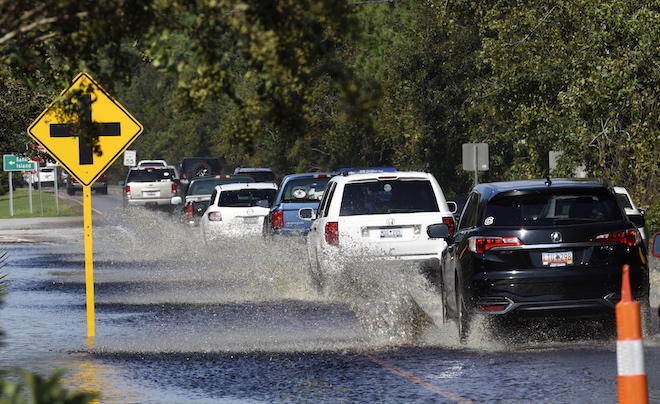 The death toll as a result of the passage of “Florence” in the US reached 31 people. Most of all victims in the state of North Carolina – there were killed 24 people. Earlier, US President Donald Trump expressed his condolences to the families of the victims.

Florence brought with it heavy rains that caused floods in many areas on the East Coast of the United States. Last Thursday, Florence corresponded to the third intensity category on the Saffir-Simpson scale (wind speed was 193 km / h), but before the hurricane landed near Wilmington in North Carolina, its intensity fell to the first category. On Friday afternoon, he degraded to a tropical storm

According to the weather forecasters of the National Center for Hurricanes USA, Florence is now weakened to a post-tropical storm. The maximum wind speed is less than 11 m / s. Currently, the weather system is located at the border of the states of Ohio and West Virginia, 125 km south-west of the city of Morgantown in West Virginia. The storm moves to the northeast at a speed of about 6.2 m / s. However, it’s too early to relax – according to forecasts of weather forecasters, in the coming days, Florence can gain strength again.