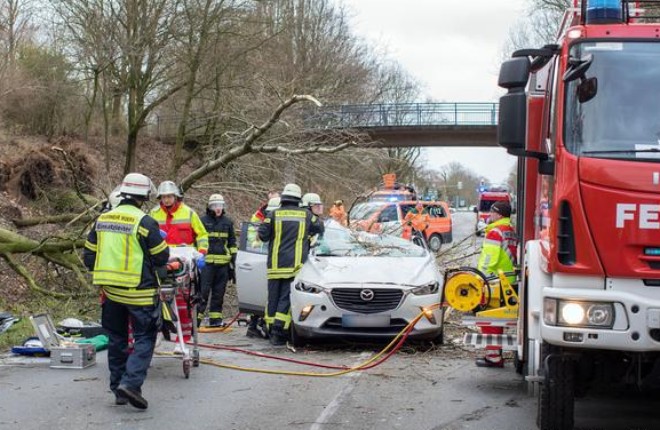 The number of deaths as a result of the storm in Europe increased to 8 people. Due to bad weather, serious transport problems arose in Germany, the Netherlands, Belgium and the UK.

So, in Germany, because of the winds of hurricane force, all long-distance rail transportation was suspended for at least one day, while numerous domestic flights were canceled.

The storm killed five people in the country, including two firefighters involved in emergency work, and two truck drivers whose vehicles were overturned by a storm.

Local police also reported the death of a 59-year-old tourist as a result of the fall of a tree on him in the state of North Rhine-Westphalia.

The storm, called in Germany “Fridericke” tore the roof off the school in the land of Thuringia, while the children were still in the building. The authorities said that no one was hurt.

According to the local meteorological service, this is the most powerful storm in the country since 2007. 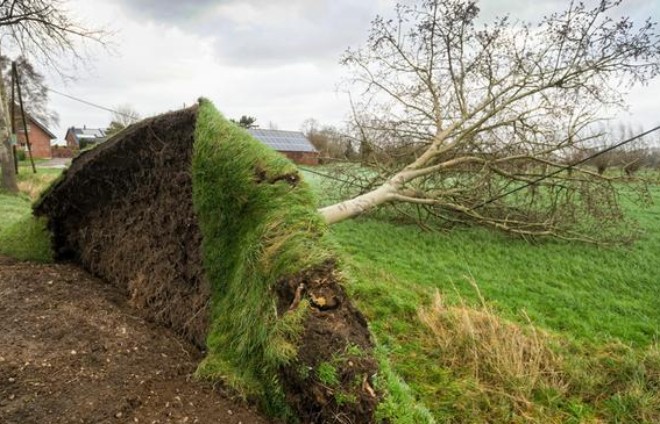 In neighboring Belgium, a female driver died as a result of a tree falling on a car while driving through the forest, about 35 kilometers south of Brussels.

Amsterdam Airport Schiphol, one of the busiest tourist destinations on the continent, was forced to temporarily cancel all flights, as in some areas wind speed reached 140 km / h.

Transport chaos also arose on the roads. In the Netherlands, a powerful wind overturned 66 trucks. On the highways there were huge traffic jams.

The hurricane led to problems in the operation of several airports.