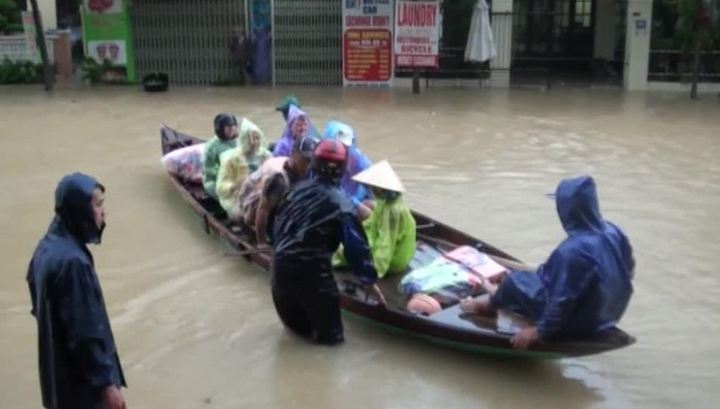 The typhoon “Damri”, which hit the central part of Vietnam in the weekend, killed at least 61 people, 28 are missing. More than 2 thousand houses were completely destroyed, more than 80 thousand were damaged.

Fleeing from the flood, more than 30 thousand people were forced to leave their homes. The submerged were a 30-kilometer section of the railway linking the north and south of the country, as well as many stretches of the Trans-Vietnamese motorway. Because of the disaster, many areas were left without electricity. Under the water was more than a thousand attractions.

Nevertheless, the schedule of the summit of the Asia-Pacific Economic Cooperation, which will be held in Vietnam from November 6 to 11, did not change.

“Damri” became the 12th typhoon in Vietnam and the most serious natural disaster in the last two decades.