The number of victims of typhoon in Japan is growing 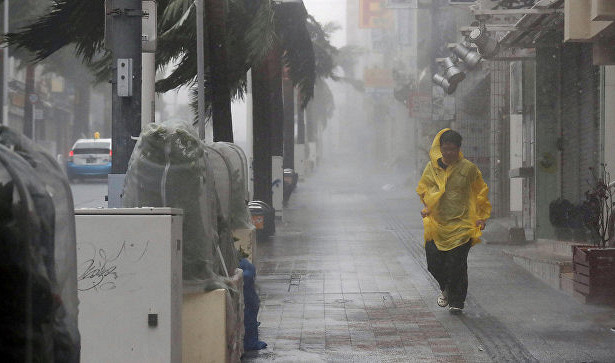 The number of victims of the squally wind caused by the passage of the powerful typhoon “Trami” in southern Japan increased to 52 people.

According to the country’s Main Meteorological Agency, currently Typhoon “Trami”, which has been assigned the serial number 24, is located 70 kilometers southeast of Miyazaki on Kyushu Island. Pressure in the center of the typhoon is 950 hectopascals.

The wind speed in the center is 45 meters per second, with gusts – up to 60 meters per second. Meteorologists qualify it as “extremely strong” and warn of a record strong storm wind that accompanies the typhoon.

The cyclone is moving north-east at a speed of 45 kilometers per hour and is expected to pass through western, central and eastern regions of the main Japanese island of Honshu during Sunday.

The passage of the cyclone has already led to a power outage in 212,000 houses in Okinawa Prefecture and about a thousand more in Miyazaki Prefecture on Kyushu Island.

According to the latest data, 937 flights have been canceled, connecting various parts of the country. The management of Kansai International Airport, which suffered during the typhoon “Joby”, decided to completely suspend the operation of two runways, starting at 11.00 local time (05.00 Moscow time).

Experts warn of raising the height of the waves to 13 meters and call on residents in areas where a typhoon can pass, refrain from going to sea. Meteorologists also point to an increased risk of landslides due to heavy rains.