The oceans are seized by toxic red algae 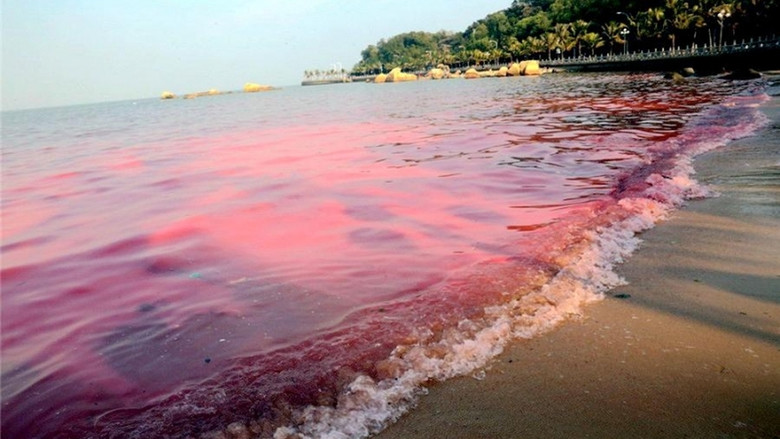 Russian scientists warned of the rapid spread of toxic red algae Prorocentrum minimum in the waters of the World Ocean. These plants cause so-called “red tides” and “bloody rains”.

They are rapidly expanding their habitat due to their unique ability to feed on organic substances and inorganic compounds with almost no restrictions, according to Estuarine, Coastal and Shelf Science.

According to Sergei Scarlato from the Institute of Cytology of the Russian Academy of Sciences in St. Petersburg, red algae equally absorb the nitrogen dissolved in the water, and if it is not enough, they easily switch to organics and even popular types of fertilizers.

Religious residents of Spain and the Caribbean, who have recently experienced the real invasion of red algae, consider the associated tides and rains, painted in purple, signs of the approaching end of the world. However, scientists reassure: nothing like the Earth is not threatened. The observed anomalies are caused by the expansion and flowering of the Prorocentrum minimum.

True, the animal world – fish, birds and even microbes – “red hot flushes” and “blood rains” are dangerous, because microorganisms inhabiting algae release nerve-paroxysm – brevetoxin and a number of other dangerous substances. Scientists explained that thus poisonous plankton attacks competitors with a shortage of nutrients, simultaneously turning them into food for themselves.

Russian scientists have discovered that the Prorocentrum minimum, most recently appeared in the Baltic Sea, successfully squeezed out of it the habitual plankton. Large colonies of red algae have already formed spots along the shores of the Baltic countries and Russia, becoming a threat to human health and the life of marine life.

Red algae easily adapt to any changes and are able to exist with a strong decrease in the salinity of water, changing the metabolism. Experiments have shown that with the decrease in the content of inorganic nitrogen compounds in water, the occupants simply switch to other sources of nitrogen – traces of vital activity of any living organisms, their decomposition products or mineral fertilizers.

Russian scientists are going to simulate the conditions under which the Prorocentrum minimum will reproduce particularly rapidly in order to predict and regulate the process of red algae spread.

Recently, German scientists have suggested that widespread red algae can affect even the climate of the planet.