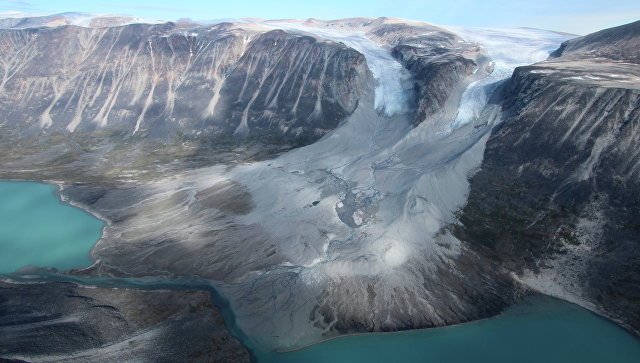 Deep samples of ice from Greenland told the researchers that the level of oxygen in the Earth’s atmosphere has decreased by almost 1% over the last 800 thousand years, and the reasons are not yet clear.

The oxygen level on Earth, contrary to the opinion of ordinary people, is not constant in the geological past, its share in the atmosphere could be higher or lower than at present by tens of percent. For example, during the Carboniferous period, 350-300 million years ago the oxygen level was 21% today and 35%, whereby on Earth lived and thrived predatory dragonflies metre, three-metre poisonous centipedes and giant spiders the size of a dog.

In other era, for example, at the end of the Permian, the oxygen concentration could dramatically decrease in relation to the various geological phenomena that caused the mass extinction and restructuring of ecosystems.

Daniel Stolper (Stolper, Daniel) from Princeton University (USA) and his colleagues found that now on Earth there is something similar, investigating popular ideas about what the oxygen level is gradually reduced, in particular due to the combustion of fossil hydrocarbons and other fuel forms.

To do this, the Stolper and his colleagues made an expedition to Greenland and Antarctica, where the glaciers formed more than 800 thousand years ago. The scientists extracted samples of ice, cut them into thin layers and examined the contents of the small bubbles of air, immured in ice thickness.

Studying and comparing the chemical and isotopic composition of ancient air, chemists at Princeton have found that 800 thousand years ago, the proportion of oxygen in the Earth’s atmosphere was not of 20.95% as of today, and from 21.10%, which is 0.7% more.

Even such a small difference means that some natural or biological process has led to the fact that the lithosphere, hydrosphere or atmosphere absorbed about 2% more oxygen than they gave him, over the last million years.

Scientists are not yet able to say exactly what led to the decline in the proportion of O2 in the atmosphere, but they believe that a certain role in this process could play the retreating and advancing ice during the onset and end of glacial periods, whose movement has led to the fact that was laid bare large areas of pyrites and sedimentary rocks of organic origin, well absorbs oxygen. Another possible reason is the cooling of the waters of the world ocean, which allowed him to absorb more O2.

Both of these processes, apparently, are still ongoing, as many observation stations record very weak, but significant decrease in the concentration of oxygen in the atmosphere in recent decades. When the end of this process, we do not know, and therefore the fate of the oxygen and all life on Earth is not yet clear, to reveal that, according to the authors, will help further investigation of how the concentration of oxygen fluctuated in the past.