The Philippines suffered from a tropical storm 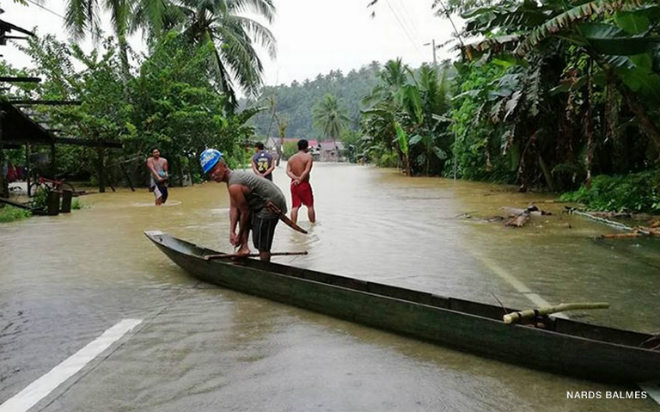 Heavy rains and strong wind continue to rage in the Philippines. The number of victims as a result of bad weather caused by the tropical storm “Basayang” or “Sanba” reached 13 people.

Strongly affected the province of Surigao del Sud and Surigao del Nord. More than 21 thousand people were forced to leave their homes. Five people died in the city of Karsasal: one woman and her two young children are among the victims. Four people died in the cities of Plaker, Malimono and Alegria. The police reported that the newborn died as a result of a landslide, which struck at Leyte. Three victims are registered in Borongan.