The planet overheated: the temperature records of last week 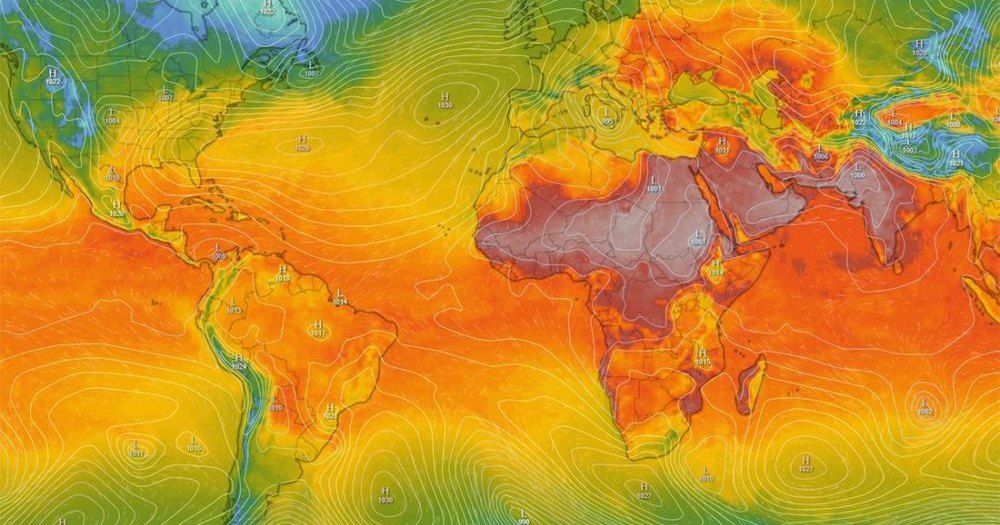 This summer is one of the hottest in history; from all corners of the world, there are reports of absolute temperature records, from the hottest temperatures of summer to the hottest nights.

Records are inspiring (like the jump of this robot), just beautiful (like the longest rainbow), but there are also disturbing ones – for example, related to global warming. We have become accustomed to the fact that every month the average temperature on the planet hits the record of the same month of the previous year, and this year, it seems, does not escape from absolute temperature records – wherever you go, you will definitely find yourself under some kind of thermal dome .

Last week, temperature records were recorded in many settlements of the Northern Hemisphere, from Canada to the Middle East. In Quebec, 33 people died from the heat, Canadian media reported; the temperature rose to 32 ° C in the north of Siberia, off the coast of the northern seas – it is 22 degrees higher than usual for the middle of summer in the Arctic.

Separately, none of these temperature records is explained by global warming, but together they force climatologists to talk about an unprecedentedly warm summer on the whole planet.

Heat began to prevail in the east of the USA and southeast of Canada; there is not only hotter than usual, but also very humid.

Denver, June 28: 40.5 ° C – the absolute record for the entire history of observations
Mount Washington, the night of July 2: 15.5 ° – the highest temperature in the coolest time of day

Montreal, July 2: 36.6 ° C absolute record for the whole history of observations – and this is 147 years, meteorologists also note a combination of high humidity and temperature at night.

Scotland, June 28: 33.2 ° C – the absolute record for the entire history of observations recorded a few kilometers from Glasgow. The previous record was in August 2003. In the very Glasgow on this day, too, set a record temperature – 31.9 ° C

Ireland, June 28: 32 ° C – the absolute record for the whole history of observations in the country was set in the city of Shannon. On the same day, meteorologists recorded a record high temperature in Belfast (29.5 ° C), the next day – in the village of Kaslederg (30.1 ° C).

Oman, June 28: 42.6 ° C – the record of the lowest temperature during the day on Earth for the whole history of observations. Here and there in the desert the temperature rises at noon and above seventy degrees, but the deserts are famous for cold nights. But the unfortunate residents of the city of Kiryat in Oman had to put up with the hotter air 42.6 ° C for more than fifty hours.