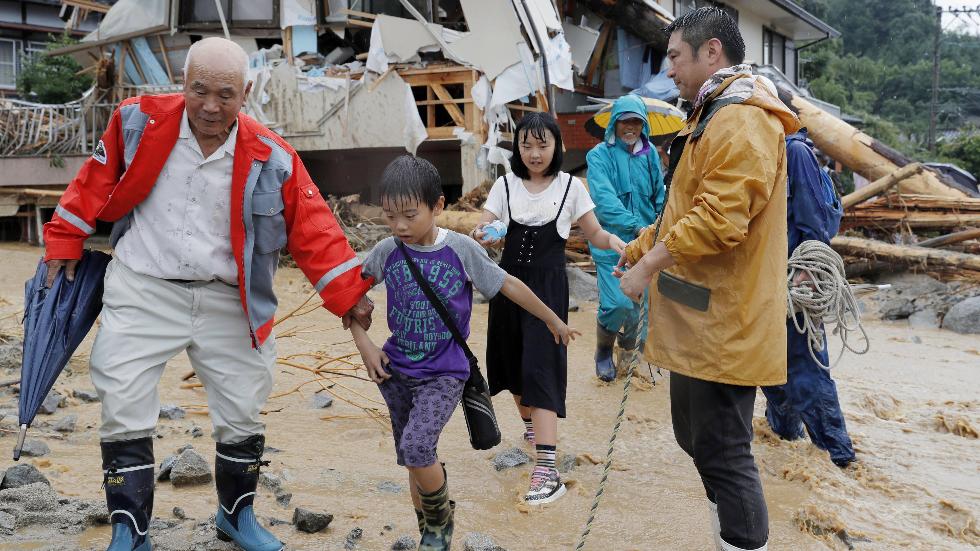 Dozens of people died and disappeared in the prefectures of Fukuoka and Oita in the southwest of Japan after the rains that hit the area.

In the prefectures of Oita, Fukuoka, Kumamoto, the evacuation regime for 96,000 people is still preserved. The advancement of the atmospheric front forced the authorities to declare an evacuation for 23 thousand people in the city of Kitakyushu.

Three of the six dead were found in the city of Asakura, which was almost completely flooded on Wednesday with a flooded river and mudflows. The water reached above the first floors of the houses. In the mud and mud machines are stuck, the water rises above the level of the wheels. The city was flooded with broken trees, branches, garbage. The roads are not visible: between the surviving houses there is water and mud.

In three districts of the Toho village in Fukuoka Prefecture, more than 700 people were cut off from the message. In the village flooded roads, the delivery of humanitarian aid is impossible. Until then, delivery of helicopter assistance was also impossible due to non-flying weather. 7,5 thousand employees of self-defense forces, police and fire protection were thrown to the disaster site.