The rate of melting of ice increases 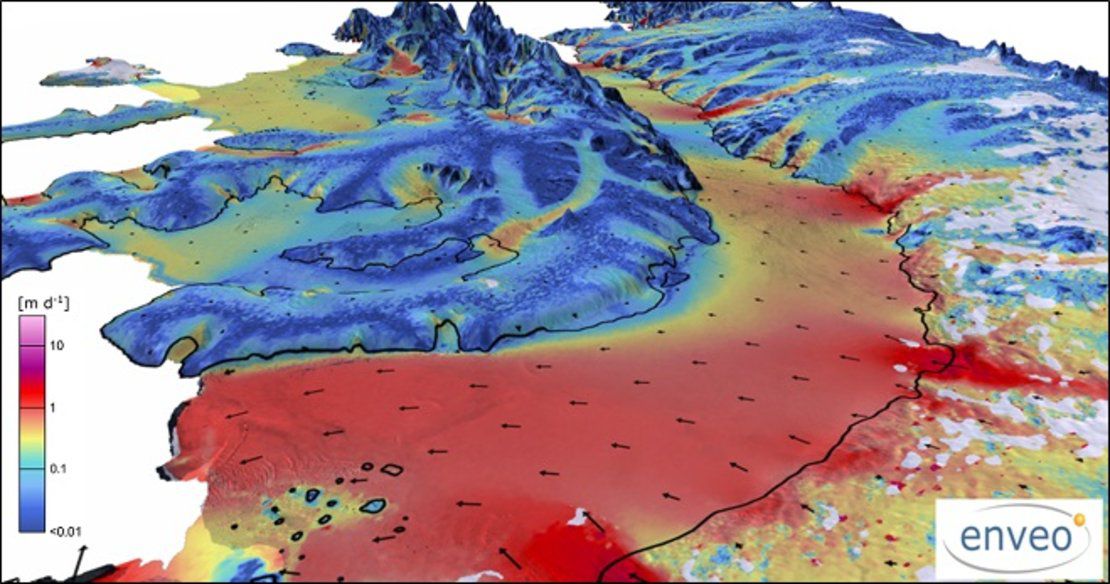 The measurements, carried out with the help of five radar-equipped satellites for two decades, demonstrate that the rate of melting of ice increases for 30 glaciers located in the western part of the Land of Palmer, in the south-west of the Antarctic Peninsula.

In the new study, researchers analyze radar data collected over 24 years with satellites, including ESA’s Envisat and ERS missions, as well as the Copernicus Sentinel-1 mission.

The radar is particularly well suited for tracking the circumpolar regions of the Earth’s surface, where “bad” weather often “visits” and for quite long periods of time it is quite dark, as the radar can collect information day and night, regardless of the weather.

Having compiled a map of the movement of more than 30 glaciers from this region, the researchers found that between 1992 and 2016, most glaciers accelerated by 20-30 centimeters per day. This is equivalent to a 13-percent increase in the speed of ice flow, on average throughout the region.

In addition, the team combined these observations, carried out with the help of satellites, with an ice flow model to obtain predictions for those areas of circumpolar regions for which data from satellites is not available. This allowed scientists to estimate that the revealed increase in the speed of the movement of glaciers caused the transition of 15 cubic kilometers of ice per year into the ocean surrounding the glaciers.

These findings call into question the results of another previous study, according to which this region loses three times more ice than according to this study.

The study was published in the journal Geophysical Research Letters; The main author Anna Hogg from the UK Center for Polar Observation and Modeling.