The remains of a tropical cyclone reached Greenland: the island’s climate enters a new phase 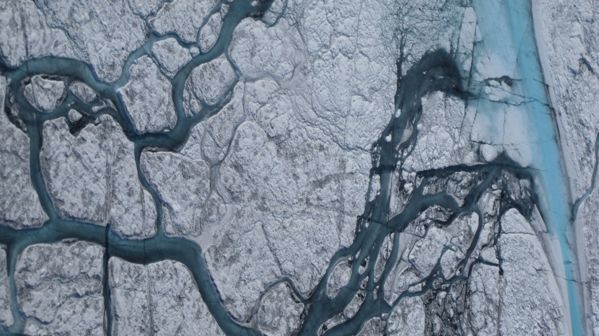 A few weeks after the first alpine rain in the history of observations in Greenland, there was a heavy snowfall: it was “touched” by the remnants of cyclone “Harry”. Recently published scientific work shows that the climate of the “green island” is entering a new phase, and the recently retreating ice has exposed traces of ancient Greenland forests. It is possible that a revival may await them.

Greenland is the largest island in the world, and it also has the second largest glacier. Its area is 2.85 million square kilometers, the average thickness is more than one and a half kilometers, and the total is over 2.5 quadrillion tons. If it melts completely, the sea level will rise by 7.2 meters. This sharply distinguishes the Greenland ice from the sea ice of the Arctic Ocean: if they melt, the sea level will hardly change. Therefore, it is not surprising that so much attention of scientists is focused on the Greenland ice sheet.

Now winds hit the island with an average speed of 24 meters per second and gusts of up to 40 meters per second – they came with Hurricane Harry, a rare example of a tropical cyclone that has reached such northern latitudes. The hurricane brought a lot of precipitation with it, and the total expected amount of snow is up to 1.2 meters. Historically, rainfall in Greenland was extremely low: in cold places, it generally falls a little.

This unusual phenomenon for northern latitudes happened just four weeks after the first ever recorded high-altitude rain in the history of Greenland. By itself, it rains regularly near the sea coast, but the mountains located further from the coast are much colder, even in summer the temperature rarely exceeds zero degrees. Therefore, the August rain lasting several hours at an altitude of 3000 meters was an extremely unusual event.

The work published the other day in the journal Nature Geoscience shows that at least the western part of the Greenland ice sheet has entered a fundamentally new phase of development. According to the study, earlier in the warm periods of the climate, snow and ice on the island became more and more: a warming world climate means more rainfall, and over Greenland it comes in the form of snow, which, having fallen, eventually turned into ice. This accumulation of ice occurred in the medieval climatic optimum of 950-1250 AD. 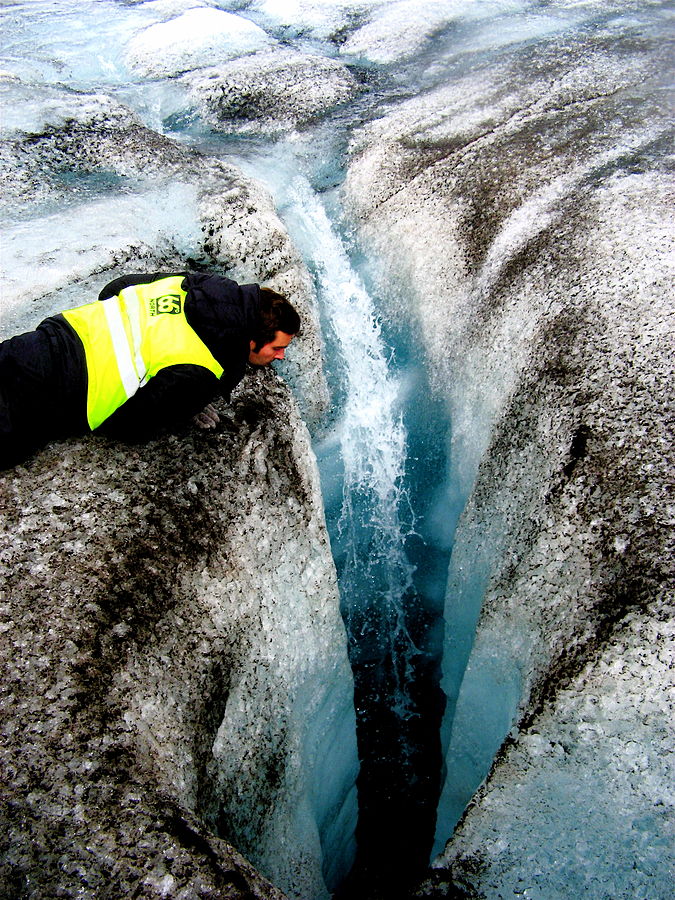 Another type of Greenland ice melting: dust brought by winds from other continents covers the local ice, which heats up in the sun, melts locally, and forms a ravine where melt water from the surrounding surface merges with a small waterfall / © rWikimedia Commons

Findings of recent years, made at the site of retreating ice during melting, may indicate the possible future of the island. The remains of ancient trees and shrubs are periodically found there. Today in Greenland there are no forests, but even a thousand years ago something similar was preserved on the island, and in the climatic optimum of the Holocene, the islets of forests should have been even larger. At the same time, for the world as a whole, the reversal of the evolution of the Greenland ice sheet means the need to prepare for the construction of coastal dams, as Bangladesh, the Maldives and a number of other countries have already begun to do.

It should be noted that for much of the last ten thousand years ago, Greenland in summer was three to five degrees warmer than today. This period is often called the Holocene climatic optimum, and then it was warmer all over the world (on the site of the modern Russian tundra there was a taiga). However, today human communities are locating their coastal cities on a new seashore, and not as it was four to nine thousand years ago. And the return of temperatures in Greenland to the values ​​of the Holocene climatic optimum will not do without strengthening the protection of the coast with artificial structures.