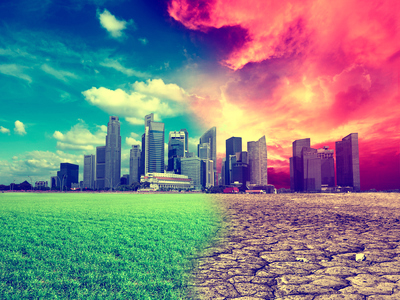 Scientists estimate that today, ice sheets hold an enormous amount of methane under control. Heavy ice cover and cold, which provides a pressure and temperature that maintain the methane in a similar substance on the ice, a gas hydrate. If the ice retreat, the weight of the ice will be raised from the bottom of the ocean, gas hydrates are destabilizing, and the methane will escape to the outside.

Research conducted earlier in the CAGE, showed that the ice sheets and methane hydrates are closely related, and that the release of methane from the seabed followed the retreat of the ice cover of the Barents sea about 20,000 years ago. But should it release all strongly influence the climate of the gas to be catastrophic?

Not necessarily, according to a new study, published in Nature Communications. This shows that indeed methane was released when the ice cap retreated. However, a leak occurred in one large pulse, and during the period from 7000 to 10000 years after the initial release.

“The issue was too slow to significantly affect the concentration of methane in the atmosphere,” says researcher and project Manager Ivo Lapland of “Norwegian geological research” (NGU) and the CAGE. This may help to explain why we have yet to detect signs of such events in the various climatic data of the past.

Innovative method for Dating carbonate rocks has been used to reach this conclusion. Seepage of methane over a long period of time has created ideal conditions for the formation of a special type of rock called authigenic carbonate formation.

Knowledge of the timescales of the destruction of gas hydrate and subsequent release of methane is crucial for understanding the impact of marine gas hydrates in the system ocean-atmosphere.