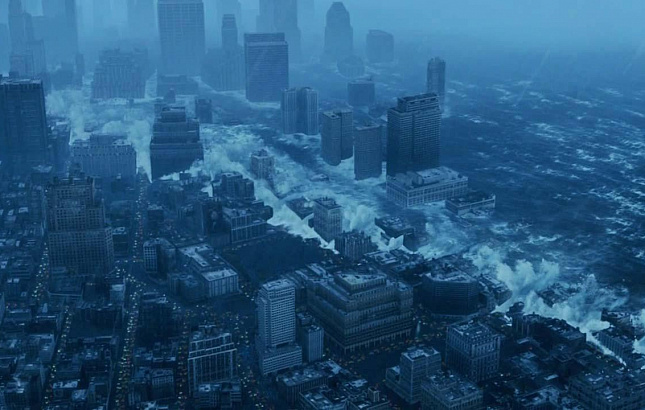 In a few decades, the world ocean level may rise by 5-10 cm, which will cause a doubling of the number of floods in the Pacific islands, San Francisco (USA), Mumbai (India), Ho Chi Minh City (Vietnam), Abidjan (Cote d’Ivoire) and Other tropical regions.

Such conclusions were reached by an international team of experts from the Pacific Coast and Sea Research Center in the US Geological Survey, the University of Illinois in Chicago and the University of Hawaii in Manoa.

The sea level annually increases by 4 mm due to the melting of the ice of Antarctica and Greenland. By 2050, it can grow by 10-20 cm, and by 2100-m – per meter, according to the forecasts of the Intergovernmental Panel on Climate Change, drawn up in 2013, and 2-3 meters – according to more recent estimates.

According to the head of the study, a specialist at Illinois University in Chicago, Sean Vitusek, it is impossible to avoid rising sea levels. “To prevent frequent flooding, the inhabitants of the coasts will have to adapt,” says Professor Thomas Val, who studies coastal risks at the University of Central Florida.

As scientists from the Massachusetts Institute of Technology and Simon Fraser University have established, the sea will expand even if countries by the middle of the century reduce greenhouse gas emissions to zero. However, this process can be slowed down and, in particular, the Montreal Protocol on Substances that Deplete the Ozone Layer contributes to this.

In Russia, frequent flooding threatens St. Petersburg, located on the shores of the Gulf of Finland (the Baltic Sea). According to the forecasts of Artem Pavlovsky, the expert of the Research Institute of the General Plan of St. Petersburg, the water level in the bay will grow by 5-8 cm by 2050 and by 11-12 cm – by 2100 meters. From 1979 to 2008, the city recorded 63 floods, almost twice as much as in the previous 30 years.