The risk of tornadoes was higher than previously thought 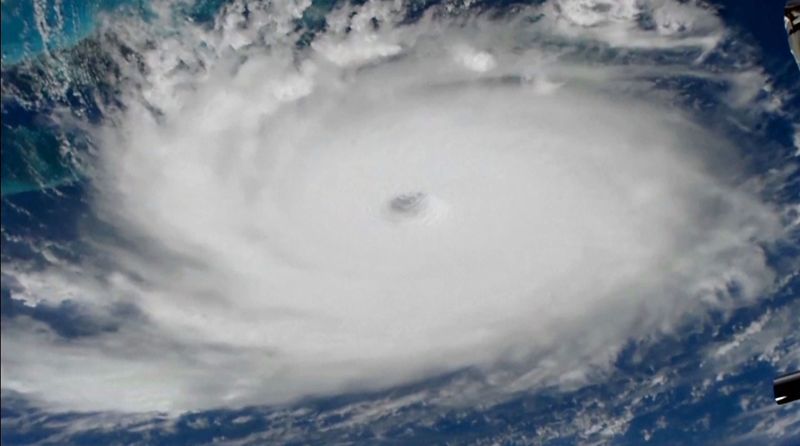 Russian climatologists, together with foreign colleagues, have collected and analyzed data on tornadoes over the territory of northern Europe over the past 11 centuries. Scientists were able to discover some patterns on the basis of which it is possible to assess the risk of tornadoes in a particular area and calculate the potential damage that it will cause. It also turned out that tornadoes are a much more frequent phenomenon than is believed. The results are published in the journal Monthly Weather Review. The studies were supported by the Presidential Research Projects Program of the Russian Science Foundation (RSF).

“We have collected data on tornadoes in Russia and neighboring countries since the 10th century, and have counted almost three thousand phenomena, and this is not counting the fact that the data are far from complete. We see an increase in the number of tornadoes in recent years, associated with the growth of information. Now we have already reached a figure of 150 cases a year, of which about 10–20 are violent tornadoes, wind speeds of more than 50 m / s, and 1-3 tornadoes are destructive, with wind speeds of more than 70 m / s. But of course, most of the phenomena are weak and short-lived. Nevertheless, on average, from 2 to 10 people die from tornadoes in Northern Eurasia per year, from 10 to 100 people suffer various damages, ”says Alexander Chernokulsky, PhD in Physics and Mathematics, project manager for a grant, senior researcher at the Institute physicists of the atmosphere named after A. Obukhov, Russian Academy of Sciences, laureate of the Moscow Government Prize for young scientists, laureate of the Russian Academy of Sciences prize for young scientists.

Climate change worries many: under the new conditions, some ecosystems with their inhabitants may disappear, a change in water and temperature regimes will affect the economy, for example, agriculture in African countries, and much more. Another of the consequences is an increase in the number of natural hazards. And since combating climate change is not so simple, it is necessary to adapt to it and develop ways to reduce the damage from various disasters.

An international group of climatologists studied information on an underestimated natural phenomenon – tornadoes. They are rapidly rotating vortices that arise in thunderclouds of a special type – not in small short-lived ones, but in sufficiently long ones, with their own circulation, the so-called mesocyclone. Warm, humid air rises, forming a low-pressure region where cold air rushes around the funnel. In the process, a large amount of energy is expended on the movement of the tornado. The funnel descends in the form of a trunk to the surface of the earth or water, and after exhausting the supply air volume, it weakens and is drawn into a thundercloud. In the lower cross section, a tornado can reach a diameter of several hundred meters and even several kilometers and move at a speed of up to 70 km / h. Tornadoes are observed on all continents except Antarctica, but most of all – in North America, where about a thousand tornadoes (tornadoes) occur in a year; according to official figures, in our country at the same time there are only one or two, mainly in the European part of Russia. As it turned out, the figure is greatly understated.

Scientists found information about tornadoes in a variety of sources: historical chronicles, news items, eyewitness accounts, meteorological observations, and more. However, not all cases can be recorded: if the phenomenon took place in the distance (for example, in the Siberian taiga), no one could see it, and rare observation stations could not be recorded. Therefore, the researchers also analyzed satellite images from different years and identified areas of a specific, “twisted” felling, which increased the number of cases.

Based on the available data, it was possible to conclude that tornadoes have a clear time reference. So, the peak of their occurrence over land falls on May-August and 17-18 hours of the day; above water, it moves to late summer and the first half of the day, 9–13 hours. The first can be explained by the features of heat transfer: the maximum heating of the surface is observed in the region of 3-4 hours of the day, then the development of a thundercloud takes some time. The second is due to the strong evaporation of water from the surface of the sea – warm, humid air is necessary for the formation of a tornado.

Climatologists have also proposed an “ingredient” approach to predicting the risks of tornadoes. The bottom line is that any dangerous natural phenomenon consists of several factors (humidity, temperature, and so on) and is associated with their critical change. That is, having recorded sharp jumps in indicators (according to observations or in weather forecast models), measures can be taken to protect the population and important objects. Modeling on this principle, taking into account climate change, has shown that the risk of tornadoes in the coming years will increase significantly in the south of the Far East, and also (to a lesser extent) in the middle zone and Siberia. However, monitoring the weather and introducing tornado forecast into operational practice can significantly reduce the devastating effect and save many lives.