The road “swallowed” the car in St. Louis 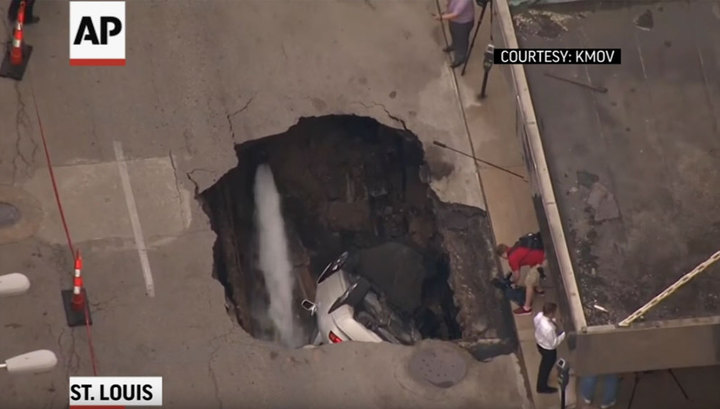 The car fell through under a dirt in the middle of a busy highway in the American city of St. Louis, Missouri. Fortunately, the driver was not inside at that moment. The network got a video, which shows how an inverted car lies in a pit. Nobody can explain how it was formed, according to Yahoo !.

The funnel appeared in the middle of one of the streets of St. Louis suddenly. At that moment the driver of the car was in the gym.

In the place of the collapse of the soil, road workers were summoned. The car fell down almost six meters and damaged the water pipe. The extent of damage caused to the vehicle is unknown.