The Sahara desert was covered with snow 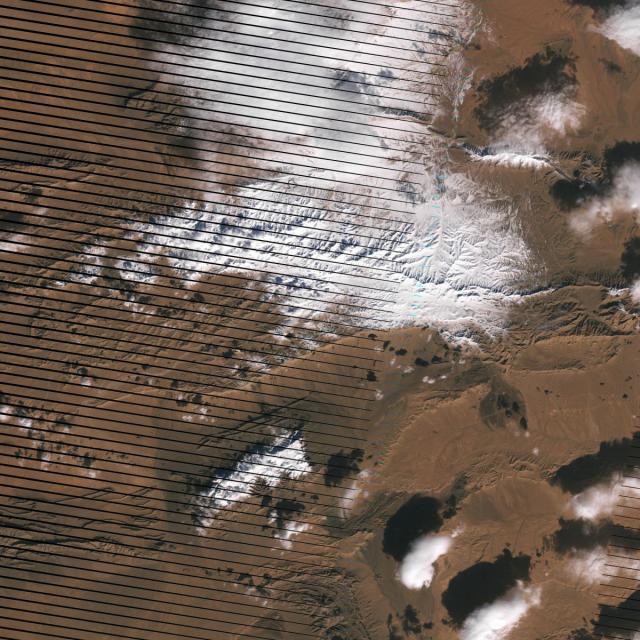 NASA has published a satellite image, which is visible from the Sahara desert, covered with snow. The photo was taken by the instrument Enhanced Thematic Mapper Plus, mounted on the satellite Landsat 7. A rare event – the snowfall occurred in North Africa on December 19 this year. 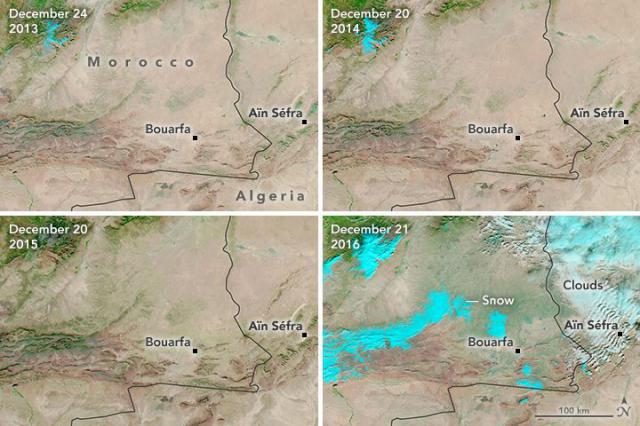 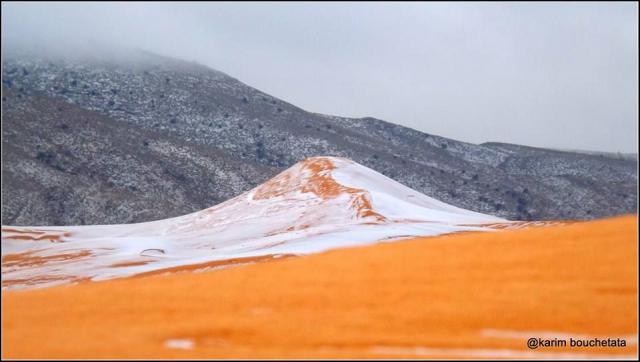 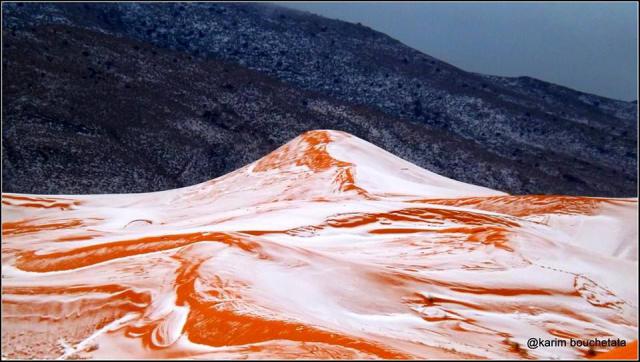 The picture shows the Atlas mountains and the Northern part of the Sahara desert on the border of Morocco and Algeria to the South of the city Bopara and South-West of the city of ain sefra. The last time snow in this region falls in February 1979.