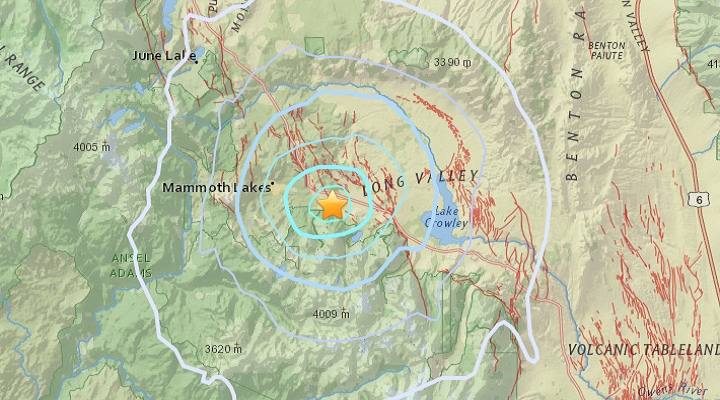 For the last day in the area of Caldera, California long valley was recorded 17 earthquakes of magnitude 0.9 to 3.5. Seismic events were the second series of tremors that occurred at the volcano over the past 10 days. The first series were registered on 13 August at a distance of 20 km from the latter. The epicenters of earthquakes were located at shallow depths from 1.2 to 6 km, the strength of the most part of the aftershocks exceeded magnitude 1.0.

It should be noted that seismic sources were located to the West of the fault Hilton Creek, then there may be tectonic in nature. The first series of 13 August occurred at a distance of 3-5 km from the fault, while the second is fixed directly to Hilton Creek. Tremors were well felt by the residents of the resort community of Mammoth lake, located at a distance of 7-8 km from the epicenters.

Given the length of the fault, seismologists do not exclude that it is capable of generating earthquakes of magnitude up to 6.5. At the moment the significance of the last two series is difficult to estimate, however, clearly shows that Hilton Creek or its individual sections are in a state of stress.