The second wave of anomalous heat has come to Greece 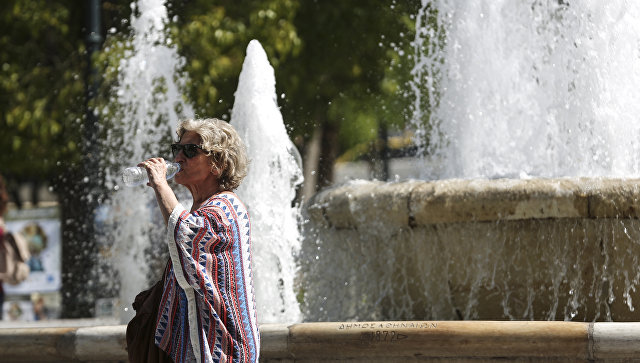 A new wave of heat came to Greece – three days in many parts of the country, the air temperature in the shade will be at 40 degrees, in most areas around 37-38 degrees, the Greek Meteorological Service reports.

Since Friday, a slight decline will begin, by Monday the temperature will drop to 30 degrees in the daytime.

Hot air to Greece brought an anticyclone from North Africa.

Since the last decade of June in Greece, the air temperature in the shade during the day did not fall below 30 degrees, and at the end of June and the first days of July it reached 43-45 degrees. The victims were two elderly people in Crete, several dozen people were hospitalized.

This time, a record temperature is not expected, but the authorities urge everyone to avoid the sun and give advice on how to avoid a heat stroke.

The inconvenience of hot weather will bring tourists.

The Ministry of Culture and Sports of Greece reported that, in connection with the heat, the hours of operation of archaeological parks are being measured.

“In connection with the heat coming on Wednesday and in those days when the temperature exceeds 39 degrees Celsius, archaeological monuments of Greece working on an extended schedule will be closed from 13.00 to 17.00,” the ministry said.