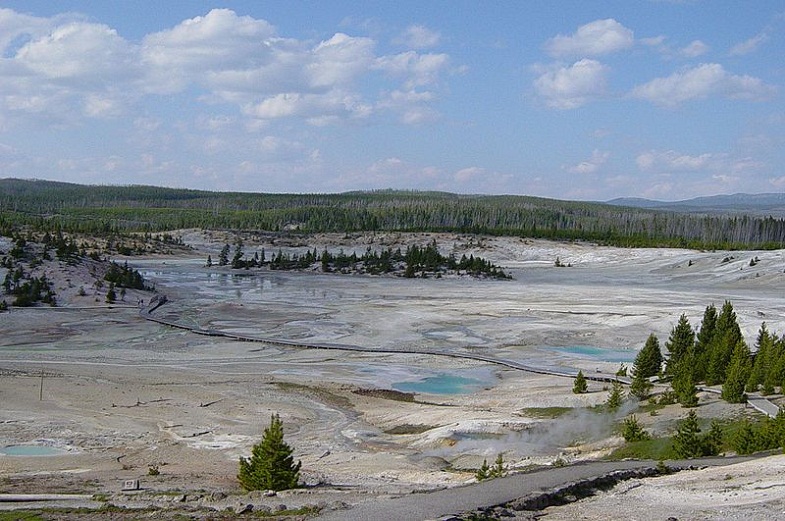 In the monthly report submitted by the seismographic station at the University of Utah, reported that in July 2016 on the territory of the Yellowstone SUPERVOLCANO was recorded 71 earthquakes. The largest of them magnitude 2.5 occurred on 1 July at 17:29 local time, 25 km North-East of the town of West Yellowstone.

The July seismicity of the Caldera included a small series of 10 aftershocks recorded July 28. The largest of them a magnitude of 2.2 was noted in 12 km North-East of the geyser Old Faithful.

Surface deformation, which began in January 2016 in the area of the station, “Norris continues at a rate of about 5 cm per year. Slow subsidence in the Caldera recorded at a speed of 1.5 cm per year. Experts report that the current model of deformation remains within historical norms.

A monthly report from the California volcano Observatory reported that the status of all volcanoes observed on the territory of the state of California, remains at the background level of seismicity and deformation. From 1 to 31 July 2016 earthquakes above magnitude 1.0 were recorded on the following peaks:

Mount Shasta – 3 quake with the largest magnitude of 1.46.
Lassen volcanic center – 9 seismic events with the largest registering M2.07. A significant portion of these earthquakes occurred in two series of 11 and 30 July near the Shasta-Tehama-Plumas, at a distance of 9 km to the North of the city of mill Creek.
Complex Clear lake – 3 quake of a magnitude of up to 2.22. Typically a high level of seismic activity was observed on the Geyser steam field, located on the Western edge of the complex. Here the biggest was the earthquake of M2.83.
Caldera long valley – 8 earthquakes with the largest M1.94. One seismic event of a magnitude of 1.17 was recorded in July in the area of the Mono craters. Typically increased seismicity was recorded to the South of the Caldera in the ridges of the Sierra Nevada, where there were aftershocks of magnitude to 3.09.
Complex Solton-Butts – 31 earthquake with the largest magnitude is 2.54 mm.
COSO volcanic field – 7 aftershocks of M1.69.

The USGS continues to closely monitor presented by volcanoes and will publish additional updates in case of changes in the level of their anxiety.