The shark almost ate a diver off the coast of Mexico 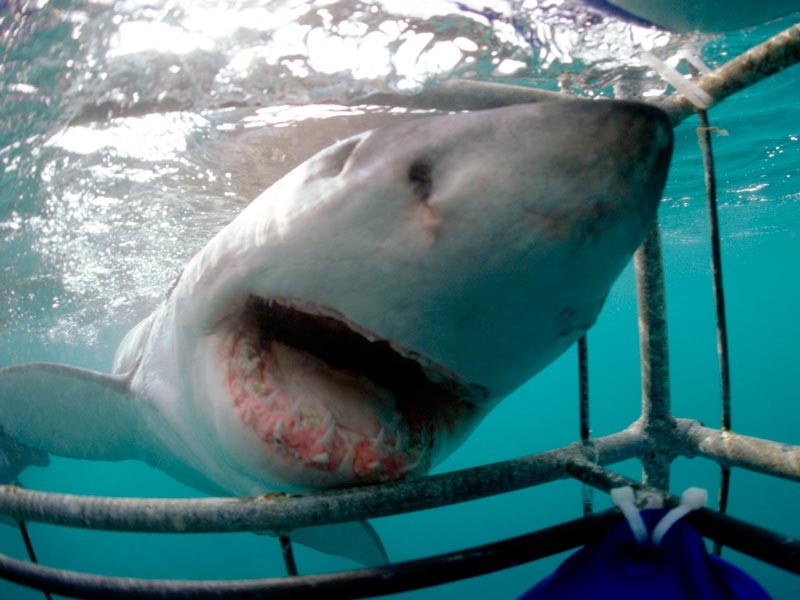 Off the coast of the Pacific island of Guadalupe, owned by Mexico, a man miraculously survived after a meeting with a great white shark. Predatory fish have broken under water in a cage with a diver. In the shark came out of random traps, and the diving instructor went out of the water unharmed.

Inside the cell there was only one diver who was outside its lower part, where watching the two great white sharks. An experienced diving instructor remained calm, and when the shark broke out of the cage back into open water, the diver came back and went ashore.

The crew of the vessel, from which water threw the bait to the sharks, the diver met with applause. According to the author of the video, the team has done an outstanding job, raising the upper bars of the cage in seconds and thereby giving the shark to get out. The entire crew the next day returned to the cell, aware of the uniqueness of the incident with a white shark.

The white shark occurs in surface coastal and open waters of all the oceans of the Earth (except the Arctic). This is one of the largest predatory fish on the planet. The diet of adults consists mainly of marine mammals, but they also prey on various fishes, sea birds and other animals. It is believed that this is the most dangerous to human species, he attributed most attacks on people.