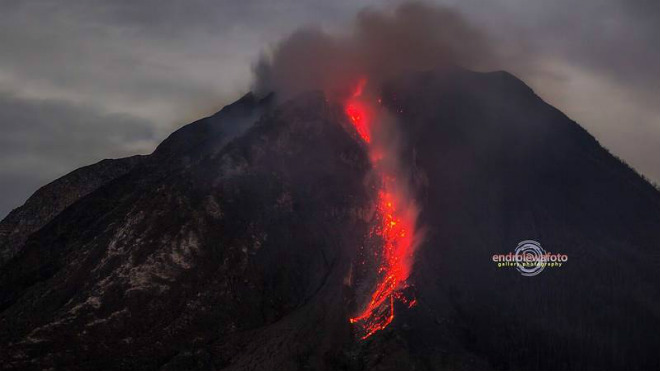 Volcano Sinabung on the Indonesian island of Sumatra, continued to erupt with little changes, generating a viscous lava at a slow pace.

A small collapse of the hot parts giant last night caused an avalanche of fire, which documented an avid observer of the Sinabung and photographer, Andre Left. 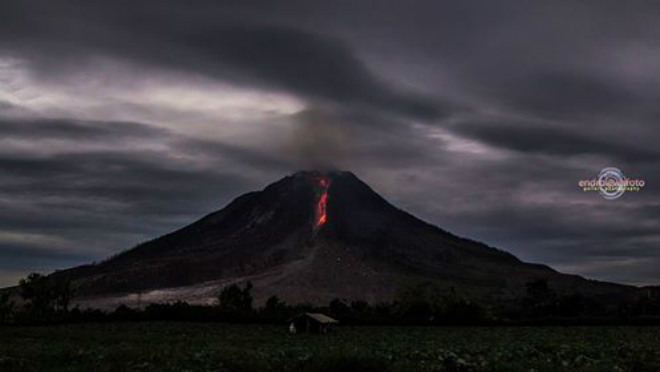 Small and moderate eruptions on Sinabung occur almost daily. Pyroclastic flows destroyed the nearby villages, local residents were evacuated. After the collapse of the last giant pyroclastic flow that devastated the village of Gambero on may 21 and killed 9 people, a new lava dome is growing every day. In March due to the violence of the giant had closed the local school within a radius of 7 km from the mountains, the buildings of some schools damaged.