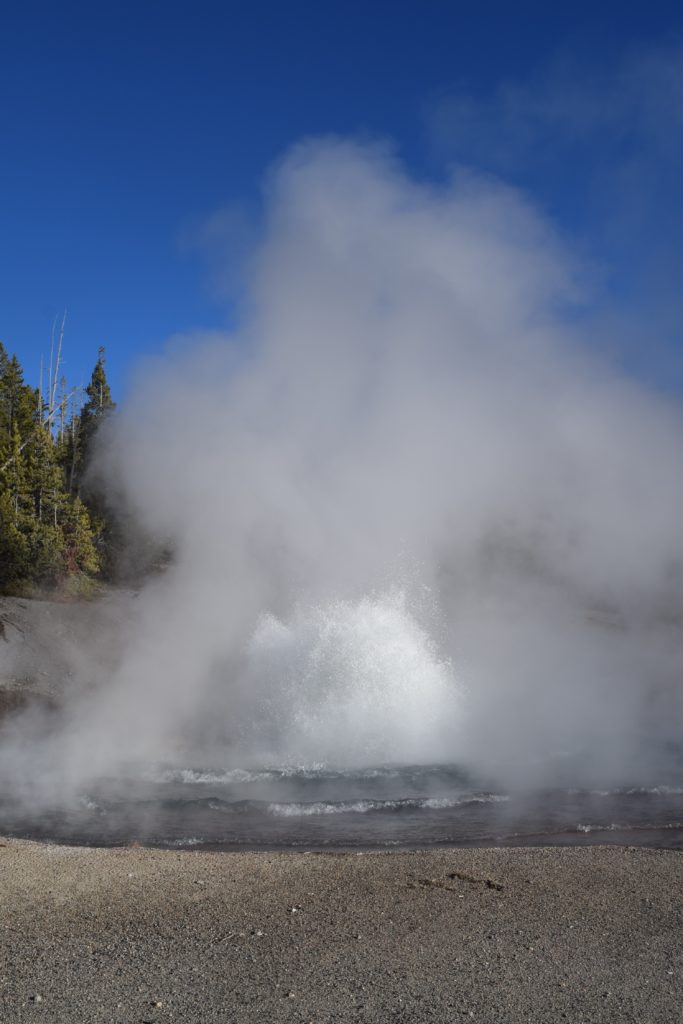 Echinus Geyser again became active after a long period of rest. After quite regular and active eruptions in the 1970s and 80s, but ceased erupting in the late 1990s.

Then, sporadic eruptions were observed in 2015, after which the geyser again “fell asleep” and in October of this year it again suddenly became more active.

The activity of geysers can come under the influence of various factors, including earthquakes, which play a role in opening and closing underground “water supply systems”, which create pressure for forced supply of hot water to the surface.

The Yellowstone Observatory and scientists from the University of Utah, the US Geological Survey and the Yellowstone National Park control the Echinus geyser with sensors.

A small wire sensor is installed in the geyser drain channel and records the temperature of the water flowing out of the geyser and places the temperature data online in real time. Temperature bursts indicate the eruptions that have begun. Recently, the sensor for some reason stopped sending data to free access, but according to scientists it is in working order and they control the incoming data from it.

The first burst of temperature occurred on October 7. Recently eruptions of the Echinus geyser were fairly regular, occurring at intervals of 2 to 2.5 hours.

This Saturday, eyewitnesses who were in the area of ​​the geyser, observed four eruptions throughout the day, the last about 4 pm with the release of water and steam to a height of about 13 meters, which lasted just over 3 minutes. 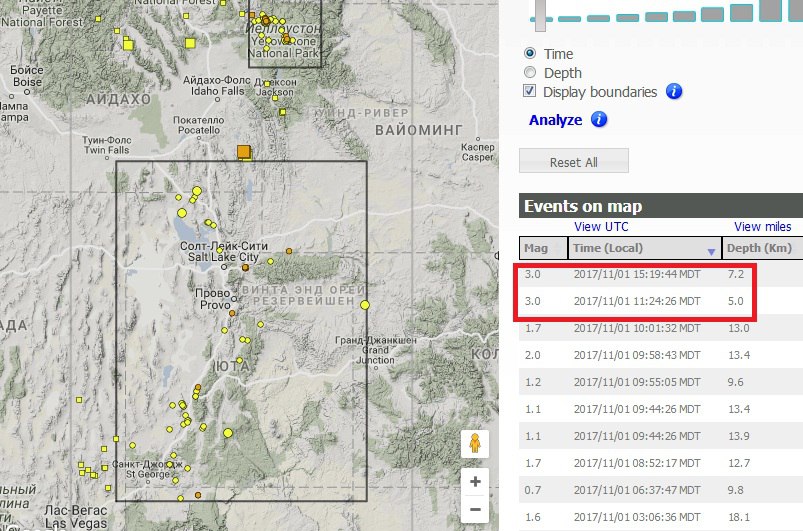 It is worth noting that seismic activity in Yellowstone has recently increased slightly and earthquakes with magnitude from 2 to 3 points, so yesterday, on November 1, there were two earthquakes of magnitude that reached 3.0 on the Richter scale.