The American State of Tennessee is captured by wildfires 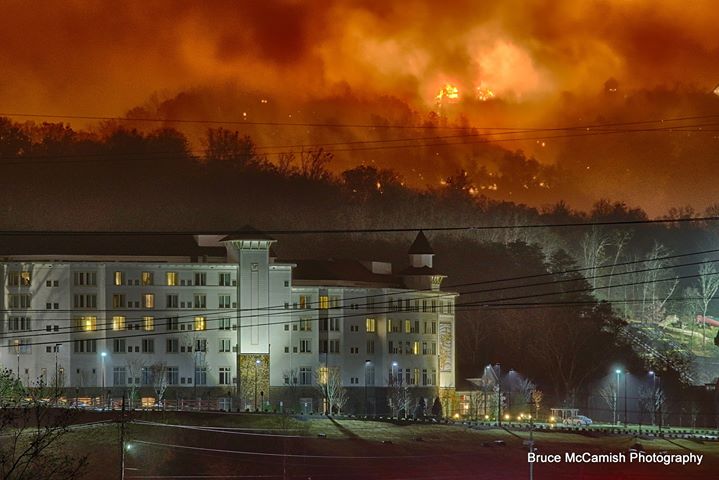 In the American State of Tennessee large wildfires rage. In areas around the burning national park of Greyt-Smokey-Mauntins entering the list of the world heritage of UNESCO evacuation of inhabitants has been announced. According to Associated Press, three persons have died, have a little suffered. More than two hundred houses are destroyed and damaged.

While fire spread on the tourist cities of Gatlinburg and Pidgeon-Fordzhu, Internet users were divided the terrifying shots of a violent flame and consequences of disaster by all region.

Michael Luchiano didn’t attach significance to smoke any more, standing during week-end at night near the house in Shale Villadzh in Gatlinburg. The neighboring park of Greyt-Smokey-Mauntins blazed for five days, and in the presence of a veil there was nothing new… so far he hasn’t noticed one detail. “When I have gone outside and have raised the head, have seen the falling hot piece of coal. Together with the brother we immediately have got on the ATVs and have gone to examine vicinities. Soon we have understood that everything is captured by a flame around” — 37-year-old Luchiano in an interview of The Huffington Post has reported.

Later he has learned that he was in the center of one of the most destructive wildfires in the history of Tennessee. As of Tuesday, fire has destroyed more than 150 constructions in the district Sevi, 12 people have asked for medical care. 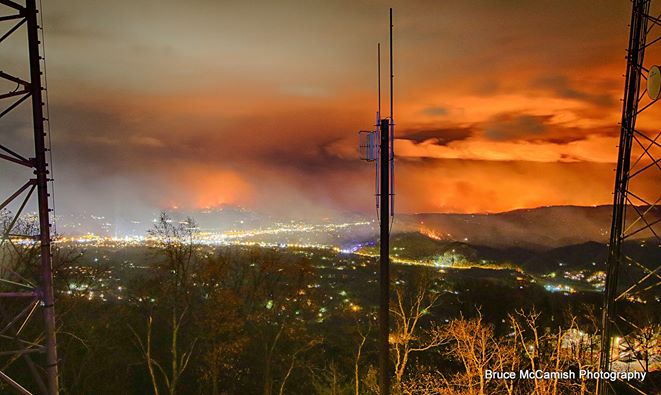 The authorities announced obligatory evacuation in Gatlinburg and next Pidgeon-Fordzhe on Tuesday though Luciano claims that the people living in Shale Villadzh should have been warned about threat earlier.

On Monday about 22:30 o’clock in the evening the brother Luchiano took the wheel of the SUV, they took a dog and decided to run from this infernal scorching heat. The way was blocked continually by the burning logs and the fallen power lines. “We as though appeared in the movie “Volcano”. Behind us some cars couldn’t leave, having come to be in a trap, sometimes on the parties tanks with propane blew up” — he commented on the scenes which are written down on video.

According to Luchiano’s story while they went, sometimes became really hot, air literally burned, in the smoke-filled interior of the car it was difficult to breathe, eyes hurt. Now he lives at the relative in Sevirville and is extremely concerned by the fact that he will be with his house and business in the hometown. “If I didn’t notice a piece of coal and didn’t go to investigation with the brother what with us would be? It is just catastrophic crash for all of us”.

Many centers of ignition so far managed to be taken under control. Military are involved in suppression of the fires. The authorities remind inhabitants of the keeping threat and need of observance of increased security measures.