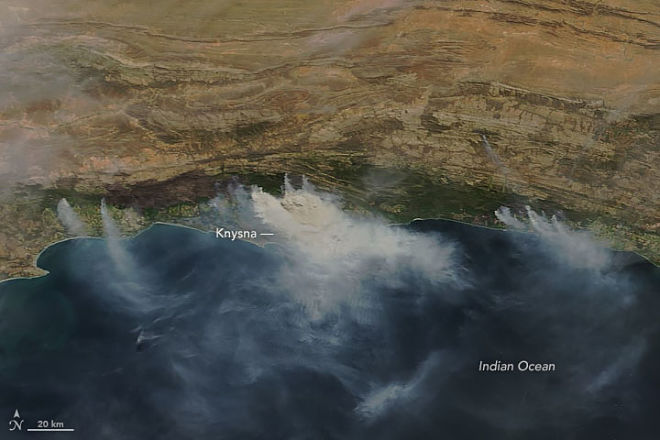 Forest fires went all along the Garden Route (Garden Route, “Garden Road”), a popular coastal route in South Africa that includes more than 200 kilometers of scenic views, national parks and beaches. The MODIS tool on NASA’s Terra satellite took this snapshot of fires on November 3.

The fire passed more than 86 thousand hectares from October 24 to November 5. According to media reports, this is one of the largest fires ever occurred near populated areas in South Africa. Currently, 90% of the outbreaks are localized, fire groups are conducting operations to eliminate fires in the areas of Diepvalle, Buffelsnek and Cransbos. Sources of smoke are actively monitored, patrolling of the affected areas is carried out. As a result of fires killed 7 people.