The snow fell again in the Sahara desert 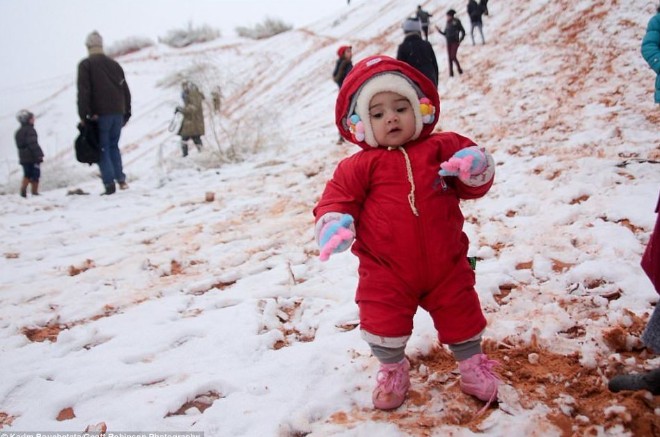 In the African desert of Sahara, in the vicinity of the Algerian town of Ain-Sephra, snow fell for the second time this year.

After the snowfall that struck on Monday, February 5, the city was covered with a white blanket. Many locals went to the nearby sand dunes to enjoy the unusual weather. Many have posted pictures on social networks to demonstrate the beauty of the unusual winter for this region.

After a 37-year period without snow, which ended in December 2016, the town of Ain-Cephra, located in the north-west of the country, saw snow at least four times. 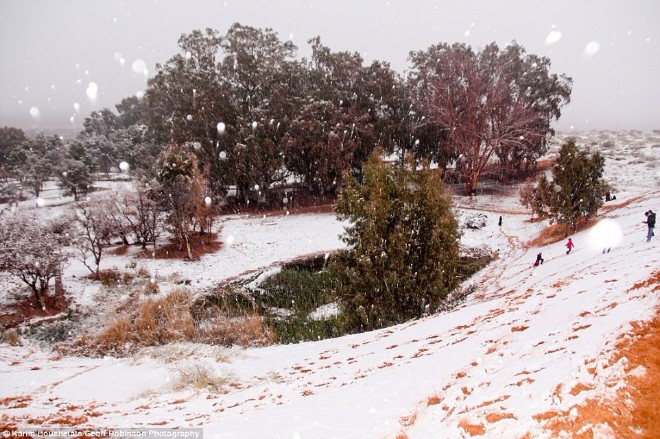 In 2016, the city, known as the “Gateway to the Desert”, saw the snow shortly after Christmas, and this caused chaos on the icy roads. Before that, the last snow in Ain-Sefre was seen on February 18, 1979.