The south of Asia was hit by a storm, landslides and floods 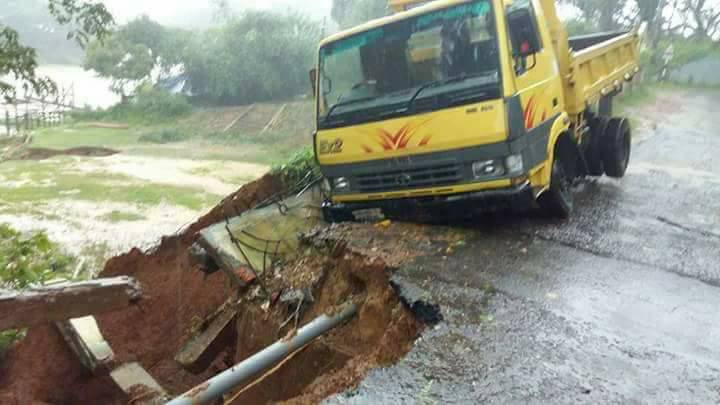 Bangladesh, India and Pakistan suffered from a hurricane, landslides and heavy rains.

As a result of the descent of several landslides, caused by heavy downpours, at least 135 people were killed. More than a hundred people were injured, many of them in critical condition. The number of missing persons is still unknown. Several thousand houses were destroyed or damaged by landslides.
Most of the deadly incidents occurred in the remote mountainous areas of the Chittagong area on Monday and Tuesday. So in the Rangamati mountain range, the number of dead at the moment is 91 people. Landslides, which caused destruction and casualties among the population, occurred in the districts of Bandarban, Rangamati, Chittagong.

Rescuers specify that although most of the victims were caused by landslides, some died from electric shock, drowning and destruction of the walls. A large number of victims, especially children, is due to the fact that most of the landslides came down at night, when people peacefully slept in their homes.
A rescue operation is under way, which is complicated by meteorological conditions. The remoteness of the mountainous regions also has a negative impact. In some areas, rescuers can not reach. The number of victims will increase as new bodies are found.

The number of victims of showers is also increasing in India. Strong downpours began here on Saturday. At the moment, as a result of landslides, floods and lightning strikes, at least 39 people were killed, 8 people are missing, dozens injured and injured. Deaths are recorded in the states of Mizoram, Maharashtra, Karnataka, Orissa.

From landslides and torrential floods in the state of Mizoram, which borders on Bangladesh, already 11 people died, 6 people are missing. Almost all areas of the state were affected by the rains. Dozens of houses were destroyed by landslides and floods. As a result of downpours, several rivers emerged from the shores. So the Tlaung River climbed to the level that was last recorded 50 years ago. Landslides and mudslides blocked roads, several landslides came down to the federal highway leading to Assam. Some areas are cut off from the outside world.

As a result of lightning strikes and floods in several districts of Maharashtra on Saturday and Monday, 21 people were killed, among them four children who were washed away by the turbulent flood of the Chandrabhaga River. 15 people out of 21 were killed by lightning strikes.

At least 15 people were killed and more than a hundred were injured as a result of storms in the Punjab provinces, killing 13 people, and Khyber Pakhtunkhwa on Saturday evening.

The province most affected by the storm is the Punjab. Only in Bahavalnagar seven people were killed, about 60 were injured. Strong winds poured trees and billboards, ripped off the roofs and tore down the walls of various structures. Other cities and districts of Punjab suffered to a considerable extent.