The South of Russia, attacked the Moroccan locust 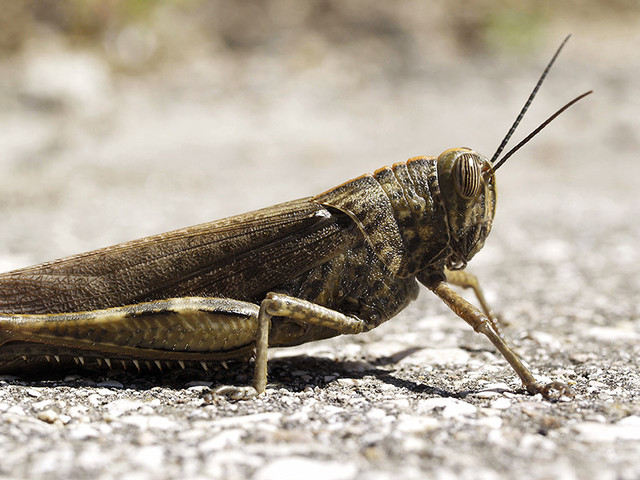 Migration of a new for Russia species of locusts – Moroccan – first noted on the black sea coast. Professionals take action, but find it difficult to predict the development of the situation and possible damage, said the head of the Department of plant protection branch of the “agricultural centre” in Krasnodar Krai Larissa Chamicka.

In past years, the Moroccan locust has reached the Russian fields. This year her appearance is recorded in Dagestan, Stavropol and Krasnodar region. This locust species for man is not dangerous, but poses a serious threat to plants, as the larvae consume vegetation 100 times more than adults. Where insects are moving at a speed of 15-20 km per day.

“This is the most aggressive and new for Krasnodar territory. It (the locust) are able to fly long distances. Yet say how it will behave on the coast, it is difficult”..

At the moment, recorded on 20 locust outbreaks in Tikhoretsk, Novopokrovskiy, Beloglinsky, assumption, Labinsk, Novokubansk, Otradnensky districts and cities of Armavir, Gelendzhik, Tuapse and Krasnodar. In Sochi, authorities have sounded the alarm: a few individuals seen in the city in the coming days, the possibility of mass invasion.

In neighbouring Dagestan due to the invasion of Moroccan locusts in the beginning of June was introduced a state of emergency. Specialists are constantly treat the fields with chemicals, but the threat remains. Krasnodar employees of the “agricultural centre believe that the locusts and then he moved them to the region.

For locust control Ministry of agriculture of the Russian Federation were given the drug “Imidor”. However, the use of chemicals is possible only in the fields. If pests are attacking the city and the coastal zone, there to catch them can only be done manually that is very hard.