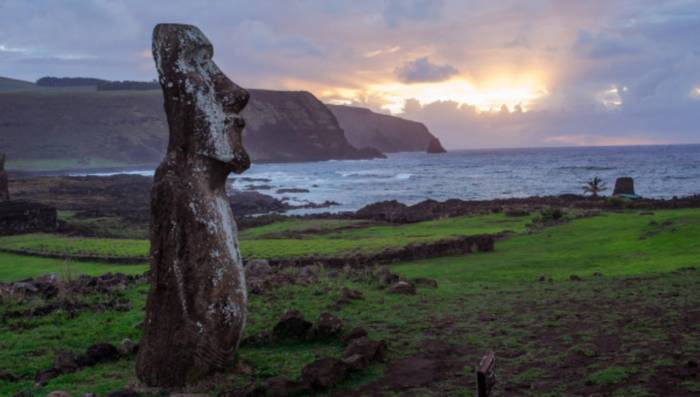 The famous statues on Easter island could be one of the first victims of climate change associated with human activities, say UN experts in the latest UNESCO report on world heritage and tourism.

“Some of the statues on Easter island can be lost to humanity if the current erosion of the coastline of the island the waves of the Pacific ocean will continue in the coming decades. It can be stated that climate change affects all man-made objects UNESCO world heritage site,” said Adam Markham (Adam Markham), lead author of the report.

Markham and a few dozen of UNESCO experts analysed existing monuments of architecture and culture under the open sky, react to anthropogenic climate change and related things – the rise in sea level, changing pattern of the currents in the ocean, the increase in average temperatures and increased frequency of extreme weather events.

Easter island is one of the most mysterious places on Earth, where about two thousand years ago there was a bizarre civilization of the Polynesians, who left behind numerous traces in the form of giant statues-moai, which, as scientists believe today, represent the deified figures of the ancestors and relatives of the ancient inhabitants of the island.

These idols, according to the researchers of UNESCO, in a short time can be literally washed away in the sea due to the increase in the height of the waves, rushing over Easter island, but also because of increased shoreline erosion.

Idols are not the only victim of global warming – the Statue of Liberty in new York city may be destroyed as a result of rising sea levels and increasing hurricane activity in the Atlantic. Storm, similar in strength of sandy or Katrina, may occur in the Northern part of the Atlantic ocean in the middle of the next century that will end in tears for the symbol of America.

Suffer and objects of nature – for example, Yellowstone national Park may become dry because of a sharp decline in inflow of water due to the reduction in the duration of winters and the reduction in intensity of snowfall, and the Galapagos Islands – to remain without a considerable part of its unique flora and fauna due to changes in the activity of El niño. All this, experts hope, will convince the governments of the world to organize a program for the salvation of all the world heritage sites before we lose some of them.