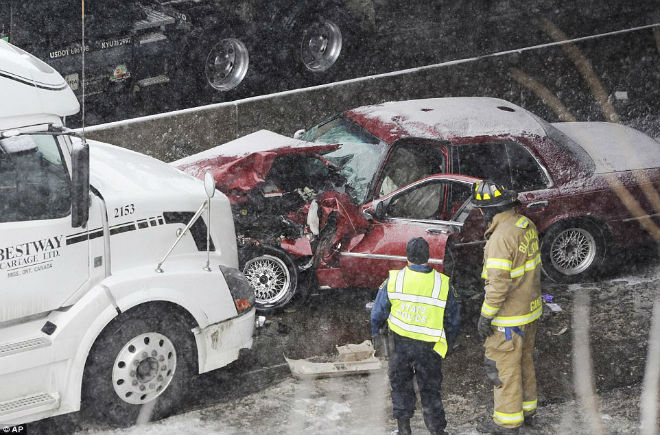 The winter storm “Stella” in the US took at least five lives across the country, as complex weather conditions continue to devastate the northeast and the middle west.

Among the victims of the bad weather – a 16-year-old resident of New Hampshire, who died when her car crashed into a tree on a snow-covered road.

A state of emergency due to a storm was announced earlier in New York, New Jersey, Connecticut and Maryland, when preparing for the worst storm of the winter season. More than 7,600 flights to the US were canceled on Tuesday at airports in New York, Boston, Baltimore, Washington and Philadelphia, most affected by the storm. About 200 people were stuck in the air harbor named after John F. Kennedy.

The Governor of New York Andrew Cuomo gave a press conference on Tuesday, where he said that the storm was not as powerful as expected. Schools in New York will reopen on Wednesday, but will be closed today in Boston.