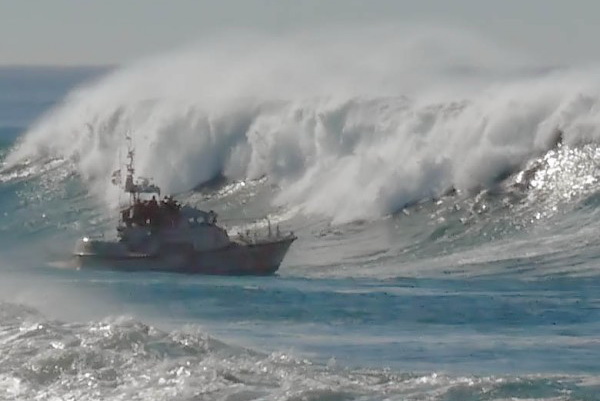 A strong storm is expected in the coming days in the Tatar Strait and the sea of Okhotsk near the Sakhalin coast and the Kuril Islands, reports the press service of EMERCOM in the Sakhalin region citing management Salingeresque.

On Friday morning in the Tatar Strait it is expected the dangerous sea with waves up to 6 meters. The phenomenon will continue throughout the day. In addition, the day 21 October in the southern part of the Okhotsk sea is expected Gale-force North-West and West wind speeds of 33-38 m/s off the coast of Sakhalin height of the waves can reach 5-7 meters in the open sea is 8-9 meters, – said in the message.

Since Friday morning from the sea of Okhotsk coast of Iturup (middle Kuril Islands) and the northwestern coast of Shikotan island (South Kuril Islands) also will be raging storm with a wave height of 4-6 m.

To companies and organizations leading economic activity in these areas, it is recommended to organize the work given this warning. Residents of these areas rescuers are asked not to go to the coastline for the entire period of validity of the warning.

Vessels at sea, recommended to take shelter in the bays.

Sakhalin oblast in the coming days will be under the influence of another cyclone, which will bring to the Islands, a hurricane, heavy rains and sleet.