The strongest ebb recorded in the Sea of ​​Azov 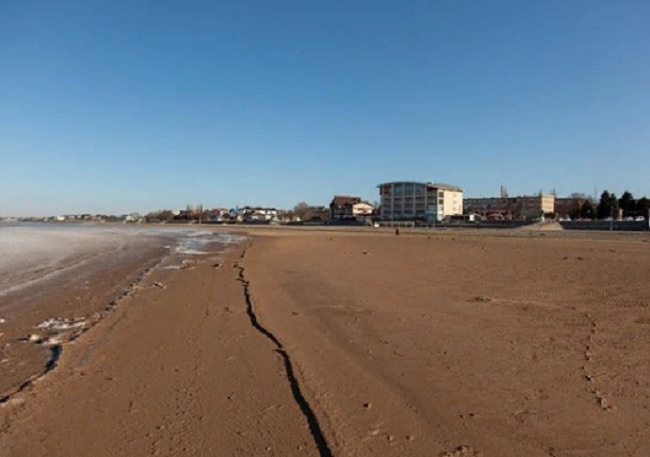 A strong ebb, which forced the Sea of ​​Azov to retreat 100 meters from the coast over the past few decades.

The retreat of the Sea of ​​Azov from the coast and the formation of peculiar “deserts” in the emerging land areas are characteristic of this reservoir and is reversible.
This was told by a specialist in floods and the use of water resources, Mikhail Bolgov. The scientist explained that, being shallow, the Sea of ​​Azov is highly dependent on the wind.

Sometimes there are very strong surges that catch the wind ashore and cause severe flooding. Once or twice in 30–40 years, they are catastrophic, and sometimes the wind blows in the other direction, blows off the water and a phenomenon called water churning forms. The wind will end and the water will return, ”the expert reassured.

Bolgov emphasized that the phenomenon complicates shipping, but is generally not dangerous for residents of coastal areas.

The ebb of the Sea of ​​Azov, which has not been equal for decades, has been recorded off the coast of the city of Primorsko-Akhtarsk, Krasnodar Territory.