The strongest snow storm “Toby” hit the US 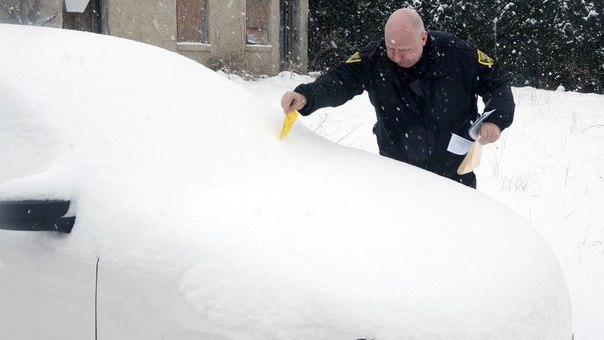 The northeastern United States has not yet recovered from the violent storms that hit the Atlantic coast in early March, as the next snow storm “Toby” came to the region.

Bad weather led to the cancellation on Wednesday of more than 3,200 flights. At the John F. Kennedy International Airport in New York, 609 flights were canceled, according to FlightAware, which tracks the movements of aircraft. “The airports of the name of John F. Kennedy, La Guardia and Newark [New Jersey] report the cancellation of more than 2,000 flights because of the storm,” the administration of the New York air harbor specified. She recommended that passengers be in touch with air carriers and be sure to regularly check the time of departure. Flights “Aeroflot” from New York to Moscow were also canceled due to bad weather.

The US National Meteorological Service warned that heavy snowfalls will be accompanied by a gusty wind and lead to flooding in a number of areas on the east coast of the country. As explained by the weather forecasters of CNN, this warning directly affects over 70 million US residents. The authorities decided to cancel the classes in schools in New York, Philadelphia (Pennsylvania) and the capital district of Columbia due to the bad weather.

The snow storm “Toby” is the fourth since the beginning of March. The previous three, according to Reuters, led to the death of nine people. Victims of “Toby” so far are two, about 50 thousand citizens are without electricity.