The sun will strike the earth in the year 2050 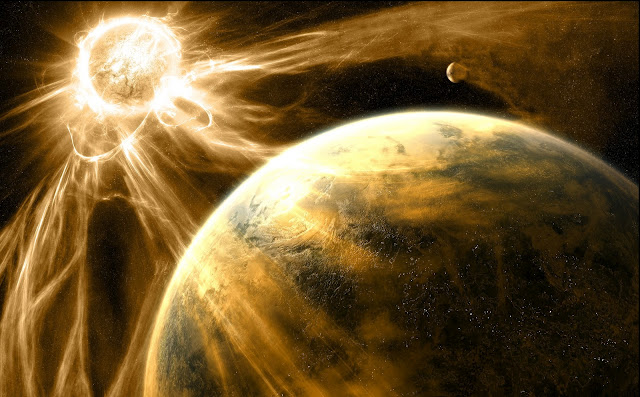 On Earth will happen soon, the failure of electronic devices due to radiation from the Sun — to such conclusion Geophysics in the UK and USA. According to the forecast of scientists, in 2050 solar activity will drop to 300-year low, resulting in reduced about a third of the heliosphere of the star — a kind of protective cocoon, limiting its magnetic field.

The reduction of the heliosphere will lead to the release into the Solar system flow of high-energy particles capable of disabling electronic systems on Earth.

“The heliosphere that protects our planet from harmful cosmic radiation, is weakening with the 50-ies of XX century. If the decrease in solar activity will continue at the same pace, the Earth changes will begin to occur in the coming decades,” says Professor Mike Lockwood of reading University.

Superficially the change in the Sun you will notice on the migration of polar lights. Of temperate regions they will be moved to the earth’s poles, in particular, to observe the light flashes from the UK will be impossible.

“The Earth’s magnetic field deflects some of the light, but unevenly — and high latitudes are more vulnerable because the field is weaker there,” said Lockwood.

Increasing doses of space radiation may lead to an increase in the number of freckles and skin cancer diseases. In the pessimistic forecast the Ground will collapse due to the failure of computer systems.