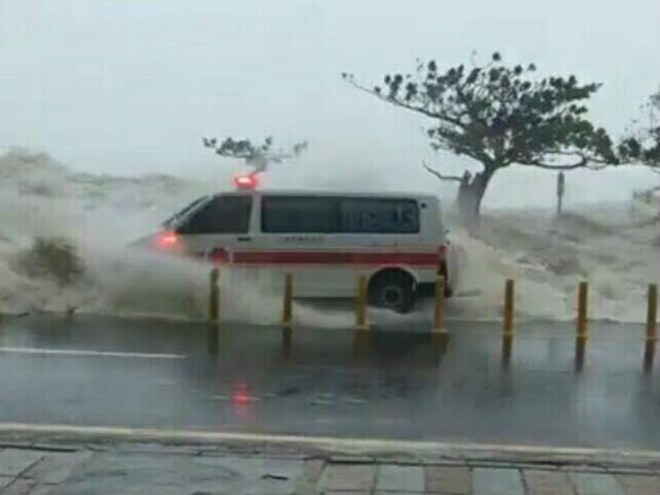 10 vessels in the Harbor of Kaohsiung, the second largest city of Taiwan, broke from their moorings in the open sea due to the impact of super Typhoon Meranti when he reached the shores of the southern part of the island on Wednesday. The harbour was closed around noon Wednesday, when the average wind speed reached 22 to 33 knots in the area, the sea became a giant impressive waves.

In Kaohsiung, closed schools and government offices today, suspended all bus routes from 12:30, as well as trams and elevated part of the subway system. The underground stations of two metro lines operate at lowered frequency of one train every 10 minutes.

City officials evacuated 2.8 thousand inhabitants of the mountainous areas, where landslides are possible. There are approximately 233 million homes suffer from interruptions in the supply of electricity, mainly due to falling power lines, at the same time, the power cuts affect the water supply. Supply of water will decrease to 340 thousand tons with daily needs about of 1.21 million tons.