The SuperCell covered the Alma-ATA 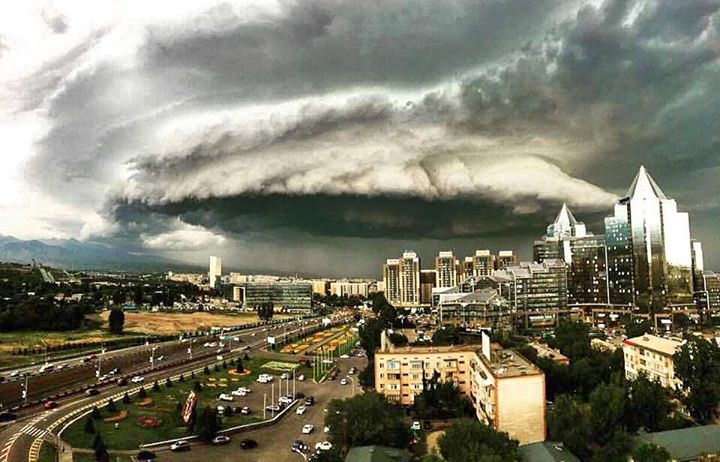 This week Almaty was plunged into darkness summer of the storm — went to heavy rain the storm came, blowing squally wind and, in places, large hail fell.

Such phenomena were not uncommon in the foothills of southern Kazakhstan. But this element was special — had attracted attention and caused a wide public resonance.

Judging by the photos, Alma-ATA was covered with a SuperCell is a powerful thunderstorm, a kind of mesocycle with a characteristic rotating upward airflow. Such convective formations are stable in time, the diameter can reach up to 50 km and produce all dangerous weather, including large hail (up to 10 cm).

The SYNOPTIC situation was determined by the passage of an active cold front, associated with a high cyclone. In the area of the front very warm air from the deserts of the middle East are faced with a cool middle latitudes. Turbulent convection and the presence of wind shear in the middle troposphere gave the storm-cloud of the typical spiral form.

Weather station Alma-ATA, nothing serious, said: at 18:00 local time were recorded thunderstorm and torrential rain (dropped 13 mm of rain). But a nearby weather station recorded 41 mm of rain and wind gusts of 34 m/s. This distribution of weather events typical of mesocyclone, since the most intense precipitation and downdrafts (gusts) are observed at its periphery.

In virtue of the physico-geographical factors of SuperCell is most common in the Great plains of the United States.