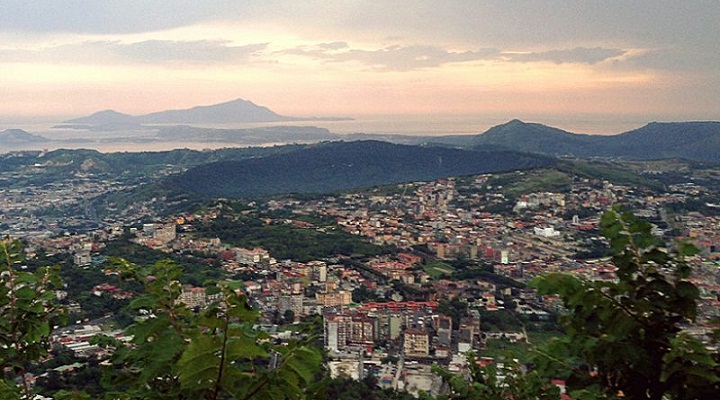 The following eruption of the Italian caldera Kampi-Flegrey can happen already in the closest one hundred years. To such conclusion scientists of National institute of a geophysics and volcanology of Italy came after creation of two models of the previous and probability activity of a supervolcano.

The caldera settles down on the western suburbs of Naples and has diameter about 12 km. Its last eruption took place in 1538 when as a result of volcanic activity inside Kampi-Flegrey was educated a new cone of Monte-Nuovo. From the geological point of view for the last 15 000 years the caldera passed through three periods of eruptions which were interrupted by thousand-year milestones of calm.

At first the doctrine created near-term model of the previous activity of a supervolcano and managed to find out that all three periods of its activity included series of eruptions. Two of three eras had lower degree of activity at the beginning, and east part of Flegreysky fields was much more fissile, than western.

Further experts made long-term model of temporary probability of eruptions in the future. They took emergence of a volcano of Monte-Nuovo for a reference point, having assumed that his eruption is the beginning of a new (fourth) era of activity of a caldera. On the basis of the designed model they came to a conclusion that the following eruption probably happens in the next 100–120 years.

Figures have mean value as the caldera can wake up as in 4–5 years from the moment of drawing up models, and in 400–500 years that in percentage terms makes probability in 5 and 95% respectively. Scientists warn that forecasts are right only provided that Monte-Nuovo’s appearance is the beginning of the new period of activity. Otherwise calculations will be inaccurate.