The tree collapsed into a crowd of believers in Madeira 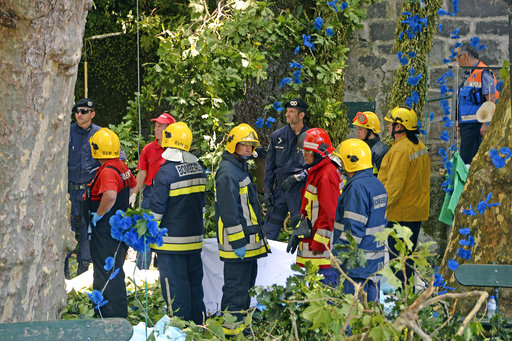 The incident occurred during a religious holiday, which was attended by a large number of residents of the city of Funchal – the administrative center of the autonomy, located a thousand kilometers from mainland Portugal.

The number of victims of the fall of the tree on the Portuguese island of Madeira increased to 12, injuries, according to recent reports, received 50 people

The tree collapsed to the point of sale of candles. Among the dead there are children. The majority of the victims received craniocerebral trauma. Several people are in critical condition.

Among the injured, three foreigners are citizens of France, Germany and Hungary.

It is expected that the authorities will announce a three-day mourning in the region.

Local media reported that this is an oak tree, whose age is at least 200 years. Local activists warned a few years ago about the danger that an old tree with a hollow trunk might represent.