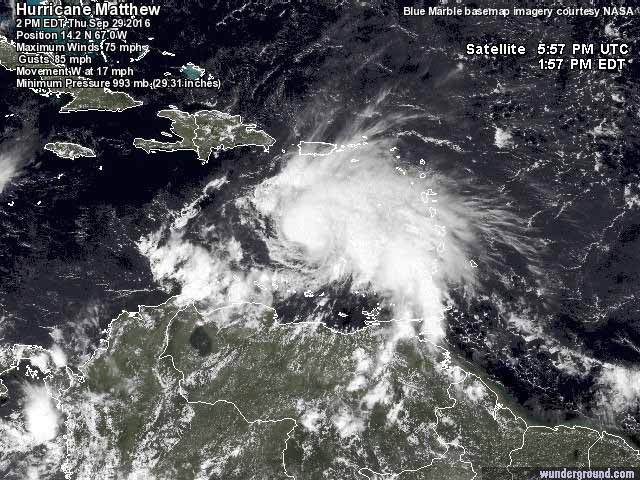 The tropical storm “Mathew” over the Caribbean Sea gained strength of a hurricane of the first category from five on Saffira-Simpson’s scale. As reported the National center of observation of the hurricanes (NHC) which is in Miami (USA), wind speed within a cyclone exceeds 120 km/h. Now it moves to the west with a speed of 27 km/h. 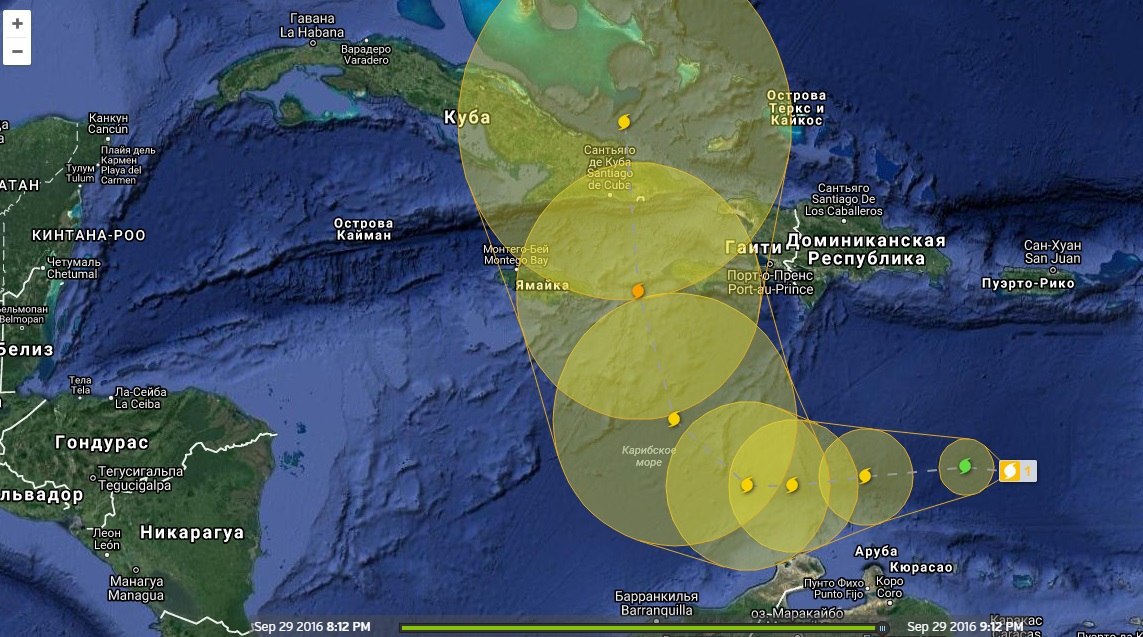 Passing of Mathew will cause nervousness in coast of Puerto Rico, Haiti, Dominican Republic, Aruba, Bonaire, Curacao, Colombia and Venezuela in the next few days, – it is noted in the message of NHC. According to its forecasts, in the next 48 hours further strengthening of Mathew is expected. Besides, over the central part of the Caribbean Sea the hurricane can change the direction and move to coast of Cuba.